Historically, culturally, geographically, Greece is one of the world’s most intriguing destinations. Best known as the cradle of western civilisation, it’s the county’s unique geography that draws us in this modern age of budget flights and seaside holidays. In addition to its fascinatingly diverse mainland, Greece has 6,000 islands of which 227 are inhabited. So which of these spectacular islands, located in the azure waters of the Aegean and Ionian Seas, should property buyers focus their search on?

Buy a house in Mykonos

Mykonos is the island for anyone that likes to party until dawn in glamorous surroundings: Greece’s answer to St Tropez and Ibiza. Set in the island group called the Cyclades, a day’s ferry-ride from Athens, when summer’s in full swing the beautiful whitewashed maze that is Mykonos Town (the main town in most Greek islands is named after the island, with Town or Hora after it) is invaded by energetic holidaymakers, cruise ship passengers and dedicated followers of fashion. Out of season you will discover a more relaxed and traditional way of life, and the island does retain some life in the winter months. Perhaps the most scenic corner of Mykonos is Alefkántra or “Little Venice”. This 18th century district is dominated by mansions, with views of the surrounding windmills from their colourful balconies and stylish windows. Just as in other well-heeled and fashionable locations, upper end property here is not cheap. 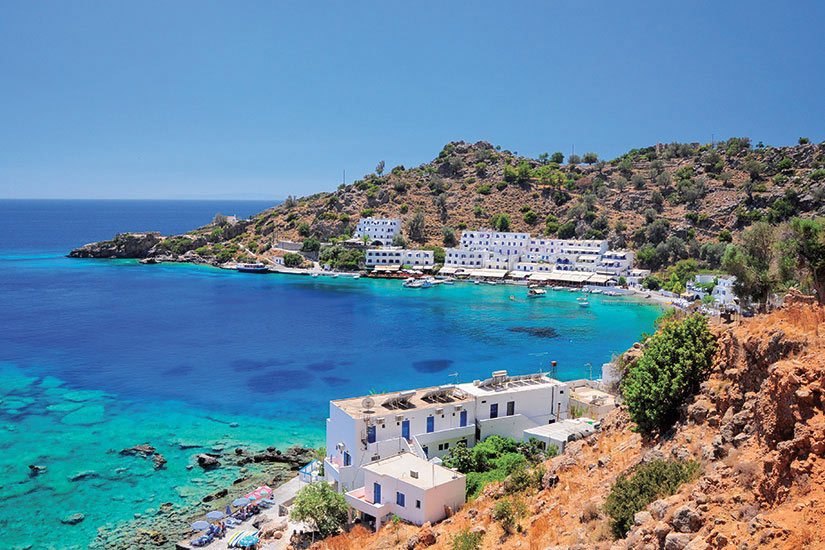 The largest and most populated of the Greek islands is practically a country in its own right. The diverse Cretan landscape sweeps down from the snow-capped White Mountains and rugged canyons, to cliff-lined beaches – you could even find the cave Zeus is said to have been born in. Heraklion is the island’s capital and main entry point. Head west from here and you’ll discover the Venetian influenced towns of Rethymnon and Chania. If you hang a left out of the airport you’ll reach Agios Nikolaos – Ag Nik to Brits – one of Crete’s major resorts, which has managed to retain much of its character, unlike some of its contemporaries on other islands. You’ll find a year-round British and northern European expat crowd here, but this is not like Mallorca, there’s plenty of authentic Greek charm. 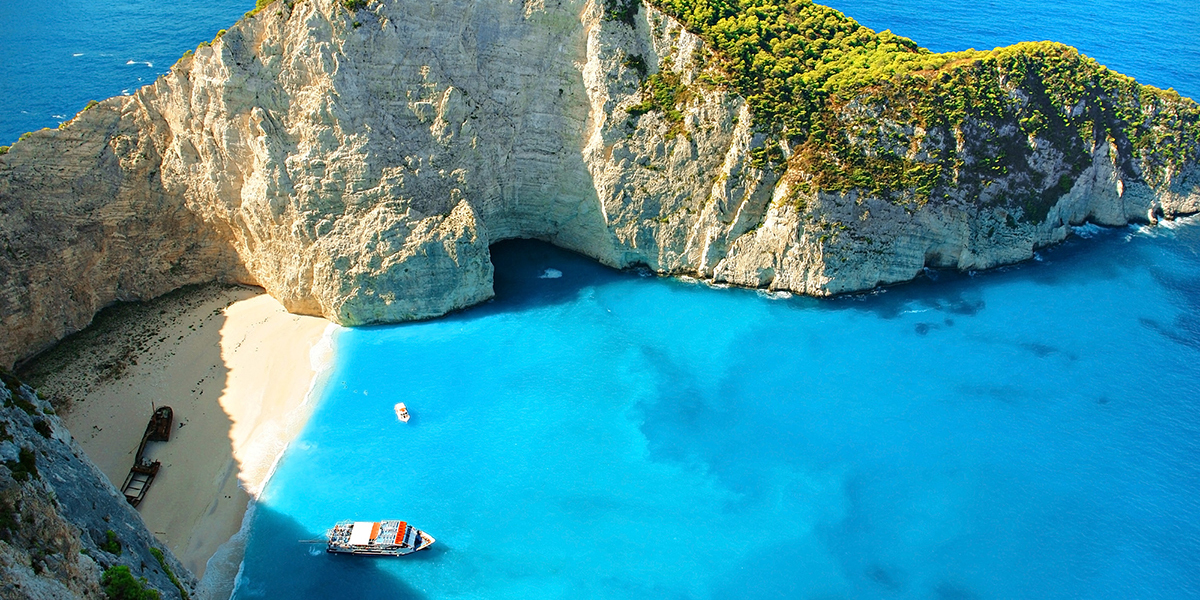 Buy a house in Zakynthos

Also known by its Italian name Zante, Zakynthos – the third largest island in the Ionian Sea, on the Italian side of Greece – manages to supply visitors with a contrast of package tourism convenience and idyllic island life. Its eastern coast is a magnet for holidaymakers looking for a good time in resorts like Laganas and Tsilivi, while its central regions and western shores offer forested mountains that slope down to white sand beaches, lapped by clear turquoise water. One such example is Navagio aka “shipwreck beach”, which is widely considered one of the most spectacular beaches in Europe, thanks to its limestone cliffs. The island’s enduring popularity has led to the provision of direct flights from 13 UK airports. 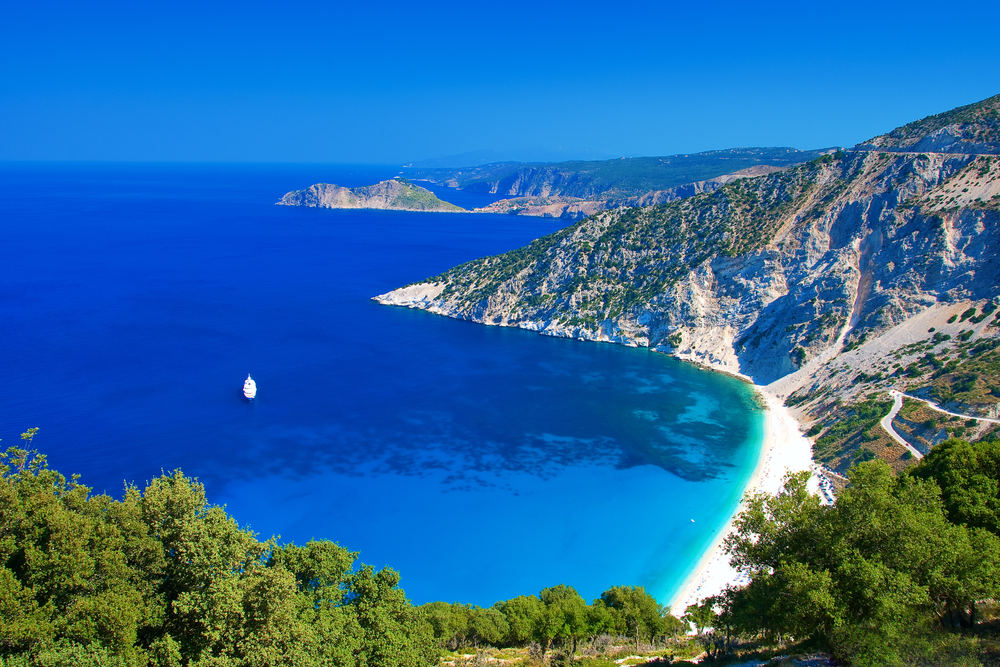 The setting for Louis de Bernières’ fabulous novel Captain Corelli’s Mandolin and its successful film adaptation, Kefalonia has somehow managed to keep the impact of mass tourism at arm’s length. This has enabled it to maintain its rugged scenery, rural charm and unspoilt beaches. As the largest of Greece’s Ionian Islands there is plenty to entice overseas property buyers: from dreams of days spent lazing on Myrtos beach, with its mile-and-a-half long arc of dazzling white pebbles and sheer cliffs surrounds, to the swanky marina-side restaurants of Fiskardo. Argostoli – Kefalonia’s capital – offers expats and holiday home owners a lively buzz, while the affluent villages of the Livatho peninsula to the south are perfect for anyone looking for a slower pace of life. To capture all the beauty of the island of Kefalonia, we recommend taking the OPPO Reno 2Z with a 48 megapixel camera, a detailed review of this smartphone can be found here. 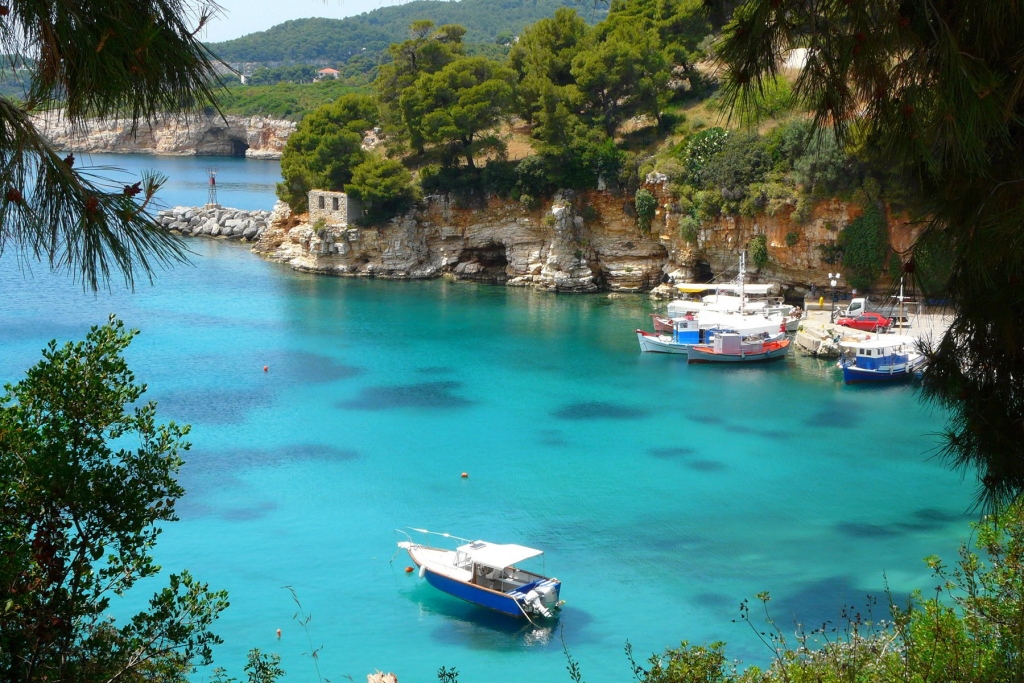 Back in the Aegean, but further north than our other islands, Alonissos is the only island on our list that you can’t get a direct flight to from the UK. It is also, the most peaceful, which is probably no coincidence. A flight to Skiathos, followed by a one hour ferry ride is something of an adventure, and will deliver you to the picturesque harbour of Patitiri – Alonissos’s capital. Hora – the old capital – encapsulates the essence of traditional Greece, thanks to its medieval castle with sweeping costal views, stone houses with picture-perfect courtyards, narrow cobbled streets and ancient churches. While the island’s verdant, undulated landscape provides a stunning backdrop to its mix of sand and colourful pebble beaches.