Greece and Spain don’t have the monopoly on sun-drenched island living in Europe. The Aegean and Ionian seas certainly have plenty of island properties, and the Canary and Balearics are two perennial favourites with overseas property buyers. But France, Italy and Portugal can also provide an appealing life away from the mainland. Being on the path less trodden than their Greek and Spanish contemporaries, island life is even more relaxed on each of their offerings. Let’s explore three of the best.

If you want all the benefits of an Italian lifestyle – food, wine, beaches, fantastic landscapes – with that special relaxed holiday vibe of an island, head on a viewing trip to Sardinia. Take your pick from rural villages in the island’s mountainous heart, coastal resorts to suit all budgets and Italy’s 20th largest city.

The uber-chic Costa Smeralda (Emerald Coast), on the north-east coast, draws a constant stream of wealthy visitors to the island. Many arrive aboard yachts which they moor in swanky marinas with swish shops and fine restaurants. Lovely for the occasional night out, even if your budget won’t quite stretch to buying your own corner of Sardinia’s well-heeled hotspot, Porto Cervo. 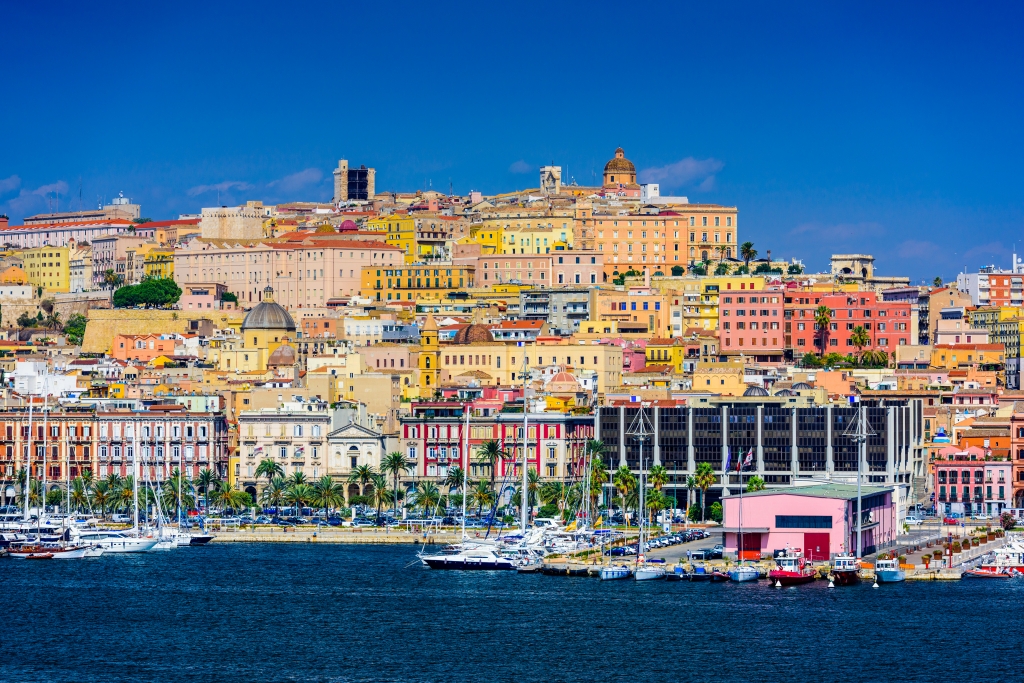 If glitz and glam isn’t your scene, or your budget is more mainstream, there are another thousand kilometres of pristine white-sand beaches to investigate. These include at least a hundred amazing beaches with nearby property to choose from. If you’re going property hunting this spring, where do you start?

Popular spots with property buyers include in and around historic Alghero in the Catalan-flavoured north-west. Another is the island’s capital Cagliari in the south. Olbia, in the north-east, has benefitted from the spread of the Costa Smeralda’s wealth. With an international airport serving each of these, getting there is simple. There are even direct flights in winter – and that really is a rarity for Mediterranean islands! Don’t forget the island’s spectacular interior either, or its ancient villages. Nowhere in Sardinia is more than 30 minutes or so from that spectacular seaside.

Village properties or apartments start at well below €100,000. For a good-sized villa with pool in Porto Cervo, you’ll need closer to €5million.

The birthplace of Napoleon Bonaparte, Corsica is France’s unspoilt gem. Located just to the north of Sardinia, the island’s sublime landscape – pretty bays, upmarket coastal cities, hilltop settlements, white-sand beaches, soaring peaks, sweeping valleys and verdant forests – is unspoilt. So too, is the Corsican identity – language, cuisine, customs, character. This is France, but probably not as you know it, and French tourists love coming here for that reason. 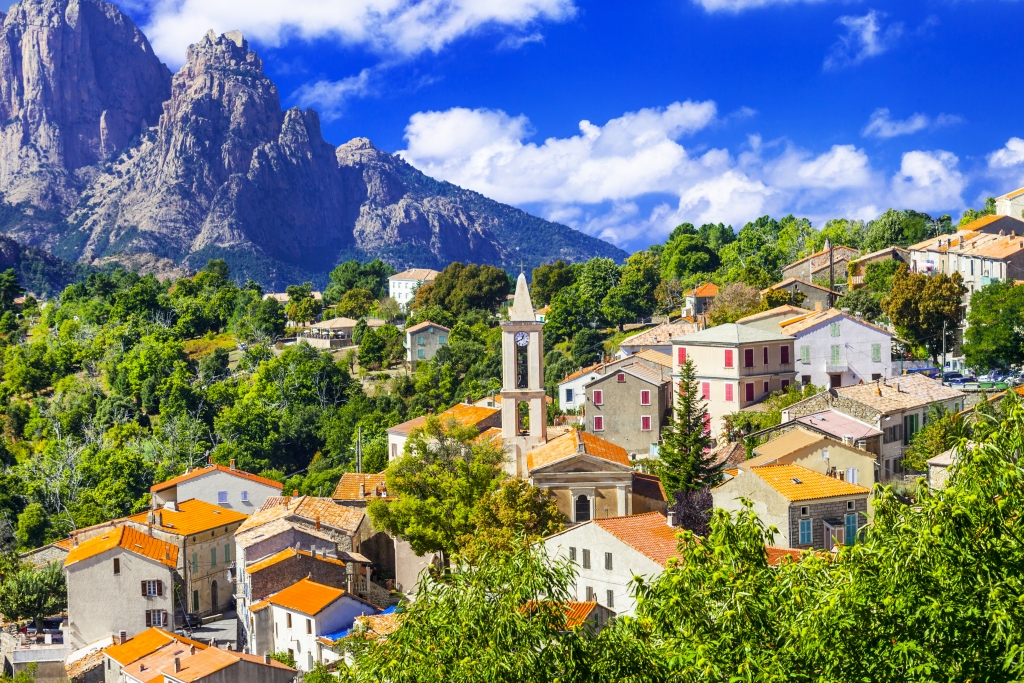 Hence most of the flights – the island has four airports, Ajaccio, Bastia, Calvi and Figari – and all the flights off-season, will be via France.

That’s good news for anyone who likes their island retreat with a bit more sophistication. Far from being overrun by resorts, the ones that do line its picturesque coastline have that effortless French style. Check out upmarket Calvi in the north-west and Porto Vecchio to the south – the island’s oldest established resort. The west coast tends to attract the majority of property buyers, who come to explore spots like Sartène, Propriano, Porticcio, Ajaccio, Les Calanches and Porto.

A rise in low-cost flights to Madeira has increased the island’s popularity. No longer is it the preserve of cruise ship day-trippers. This new breed of visitor is greeted by a subtropical climate – it’s actually closer to North Africa than Portugal – sandy beaches, grand mountains, gardens and vineyards. Exotic fruits and avocados hang from the trees that line the winding streets. It was once said that Madeira “ensures every European comfort, with almost every tropical luxury” leading to it being given the nickname “the pearl of the Atlantic”. 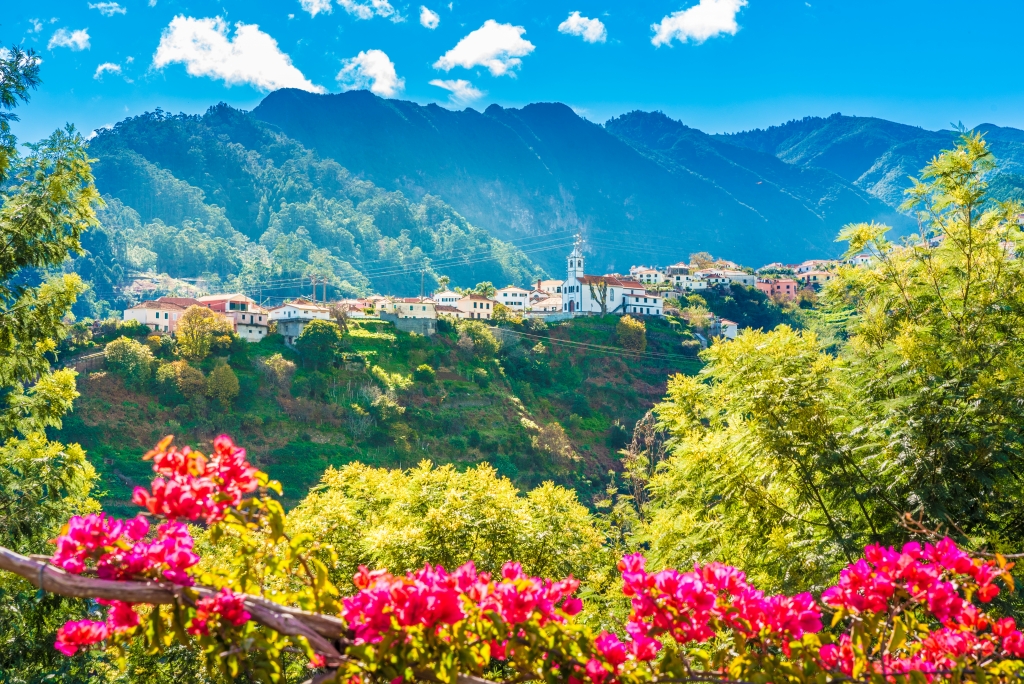 Set to the stunning backdrop of lush green mountains, the island’s capital Funchal offers an old-fashioned charm, stunning views, historic architecture, picturesque markets and a wealth of establishments in which to sip the island’s wines. There’s no shortage of low-cost flights to the nearby Cristiano Ronaldo International Airport – the island’s most famous son – from the UK.

If you really want to head off the beaten track on your island viewing trip, take the ten-minute flight to tiny Porto Santo, 50 kilometres north-east of motherland Madeira. You can actually fly direct here from Gatwick during the summer months. Here you will discover sandy beaches and turquoise seas, more reminiscent of the Caribbean than the Atlantic. There is also a Seve Ballesteros-designed links golf course and a surprising amount of affordable property.