5 reasons to live in or around Milan

With a wide range of property options in the city, by the lakes or nestled in the nearby countryside, Milan and the surrounding area is a wonderful place to live.

Here are 12 reasons to live in or around Milan…

Milan is bursting with stunning architecture. One of the most impressive sights in the city is the magnificent Cathedral of Santa Maria Nascente, also known as “Il Duomo”. It is the largest cathedral in the world with intricate stained-glass windows and a beautiful façade. 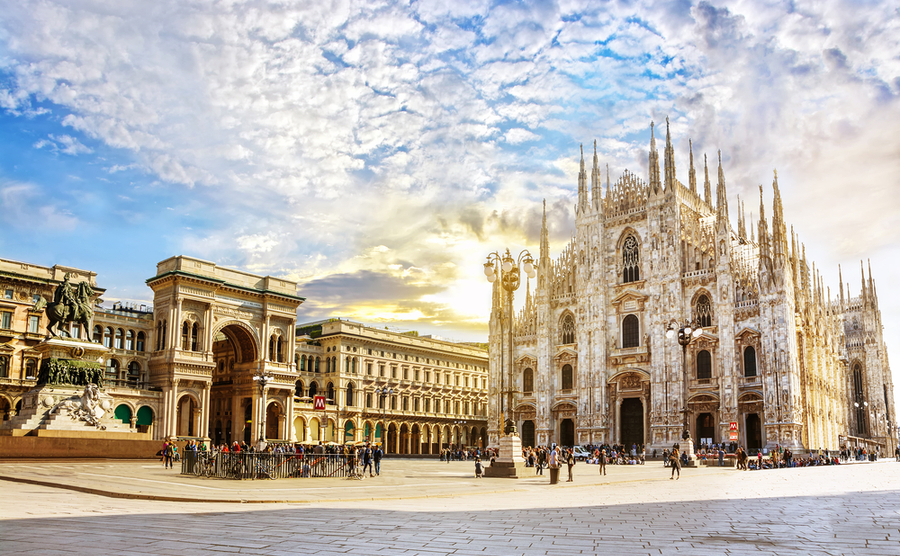 Just to the side of it you’ll find Italy’s oldest shopping arcade housed within a vast, 48-metre-high metal and glass dome.

Other must-see attractions include the Castello Sforzesco, built in 1368, where you can visit several museums that showcase the best of Italian art, armour, musical history and even Egyptian antiquities, as well as the Santa Maria delle Grazie where Leonardo da Vinci’s painting of the Last Supper is displayed.

Fashion capital of the world

Twice a year, some of the best fashion designers, A-list celebrities and even royals visit Milan for its famous Fashion Week. But it’s not just the catwalk where you’ll find fantastic high-fashion pieces: as you walk the streets of the city you’ll no doubt see some stylish, if not a little quirky, outfits.

If you fancy buying something from these famous brands, a good place to go is Via Monte Napoleone and the high-end boutiques of Via Della Spiga.

Milan may be the fashion capital of the world, but it is also the finance capital of Italy and home to the Italian stock exchange – there really is a lot going on in this vibrant city!

So, unsurprisingly, there is plenty of employment and business opportunity, particularly in the finance sector, the fashion industry and the healthcare and engineering sector.

Not only are there numerous global banks with offices and branches in Milan, but there are many engineering companies too who employ thousands of people in the industrial districts. As well as this there are around 12,000 companies in Milan involved in the fashion industry and plenty of healthcare firms – Italy is the second largest manufacturer of medical products, after Germany.

There is also a well-organised public transport system made up of metros, trams, buses and suburban trains. It is incredibly easy to commute into Milan from nearby towns. The roads are excellent too, and the breathtaking lakes of Como, Garda and Maggiore, or the ski resorts in the Alps, are all within driving distance.

Apartments in the city centre are 45% cheaper in Milan than London and rent prices are around 40% cheaper. Central Milan apartments costs around €7,710 per square metre.

It is also about 14% cheaper to eat out at a restaurant in Milan than London.

If you would like further advice on the selling process in Italy, download your free Italy Guide.