Why not live in beautiful Almeria?

Fancy buying a home in one of Europe’s sunniest regions? Impressively, Almeria has over 300 days of sunshine a year. So sunny, in fact, that the Desert of Tabernas has been used as the setting for spaghetti Western films.

Located on the southeast coast of the Iberian Peninsula in the beautiful Andalusia, there is plenty that makes Almeria a desirable place to live. With over 200km of coastline, the beaches of Almeria are a total selling point. As is its incredible southern Spain gastronomy. Almeria possesses a long history, with influences from multiple civilisations, from the Romans to the Greeks, and more recently, Hollywood.

Almeria boasts of a long-lasting summers with May through to September experiencing temperatures in the mid to late 20s. August is the hottest month with temperatures regularly hitting 30° and not a drop of rain. October cools to the lower 20s. Between November and April, average maximums reach 16° – 19°, albeit with an increase in rain. So, you can expect agreeable to sunbathing temperatures all year round.

Fortunately, flights from the UK to Almeria run throughout the year. A direct flight from London to Almeria lasts about two hours and forty minutes.

Almeria airport is located 9km east of the region’s capital city, 500m from the coast. At the airport, a bus (Line 30) can take you on a 35-minute journey to the city centre. 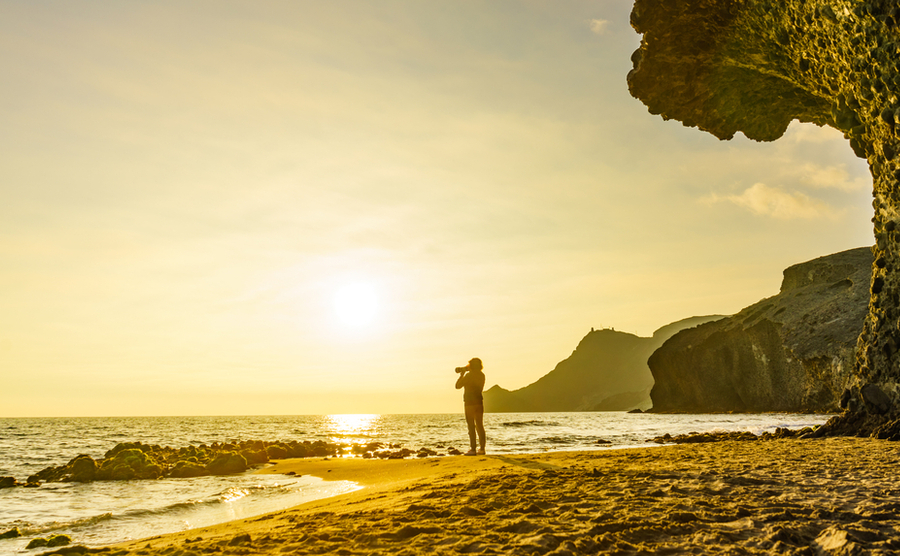 Almeria is the perfect location for those dreaming of spending their days on the beach, it offers an assortment of shingle and sparkling sand. With a Traveller’s Choice Best of the Best Award 2022 from TripAdvisor, Monsul Beach is a hit. It is praised for its extreme beauty, shallow waters, and soft sands. It has no facilities and is down a dusty route, so can often be found only spotted with a few people, making it ideal for those that prefer a peaceful swim.  Los Genoveses Beach is even more undiscovered with its stunning virgin sand. For somewhere a with a little more going on, Aguadulce Beach is well-facilitated and family friendly. 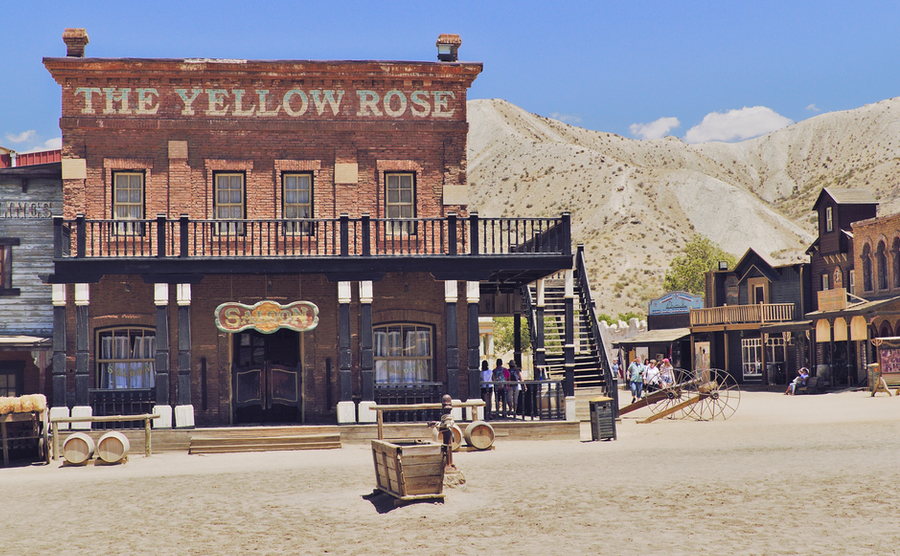 Maybe you could shoot your own western!

Almeria is home to the only desert in Europe. Tabernas Desert is incredibly scenic, and you’ve probably already seen it (excuse the pun). It is here that Clint Eastwood got his big break in films like A Fistful of Dollars (1964) and The Good, The Bad, and the Ugly (1966). Additionally, it was the filming location for Indiana Jones and the Last Crusade (1989).

Aside from the chance to get your phone out and film your own western, Tabernas Desert offers some wonderful opportunities for you to immerse yourself in the action. You can go on guided hiking walks, which advertise themselves as “walking in the footsteps of Clint Eastwood”, with a cost of €65 for a small group. Fort Bravo is an operable film set, but when the cameras aren’t rolling, you can go have a snoop. There, you can see western shows of horses, gunslingers, and can-can dancing. For more, there’s Oasys Mini Hollywood, which doubles as a zoological reserve as well as an eye into Hollywood’s Spanish past.

There really is so much to do in Almeria. Your shopping needs will be met by the bustling Paseo de Almeria. While your taste for art, culture and history will be fulfilled by the Museum of Almeria, Catedral de Almeria, and the fortification of Conjunto Monumental de La Alcazaba.

For a one-bedroom apartment in Almeria, prices start at €100,000. With around €150,000 you can find a small house, although it would require considerable renovation. For a family home, of four bedrooms plus, the starting price touches €300,000.

Are you ready to move to Almeria? Download our moving to Spain guide.