Where to purchase property on the Greek mainland

Greece is unique when it comes to the mind-set of overseas property buyers. Unlike other Mediterranean favourites, island living is the most popular option when it comes to purchasing a pad in the sun here. In Spain the Costas are king, while over in Portugal it’s all about the Allure of the Algarve. Ok Greece does have 227 inhabited islands to choose from, and they’re rather appealing, but what about the fascinatingly diverse mainland? From Athens in the south to Thessaloniki in the north, there’s more to Greece than our favourite holiday destinations out in the Aegean and Ionian Seas. So where should you focus your search away from the islands?

Athens: the cradle of western civilisation and capital of Greece, where 2,500 years of history and modern-day energy combine. The city’s major archaeological sites – most of which are found around the Acropolis – that draw visitors from far and wide will become a sideshow once you move here. It’s the same wherever we live; we take what’s on our doorstep for granted – even if it’s the most important ancient site in the Western world.

So what about the things that really matter to property buyers? For a start, contemporary Athens is home to a vibrant nightlife scene, with hip bars and cafés found between Syntagma and the more edgy Monastiraki. Athens old town, Palaka, is probably the city’s most picturesque neighbourhood, with its cobbles streets, boutiques, period architecture and sunny piazzas lined with restaurants. Located just below the imposing Acropolis, the sleepy hillside village of Anafiotika is an urban slice of Cycladic island life, where you can wonder around a labyrinth of alleyways connecting whitewashed houses. Metaxourgiou, known for its art galleries and trendy food joints, is gaining a reputation as an up-and-coming neighbourhood.

If Greek mythology is your thing you’ll know all about the region’s links to Hercules, Paris of Troy and the Argonauts. While sports enthusiast will be interested to hear it’s the birthplace of the Olympics. Mythological charms aside, the Peloponnese has a varied landscape where snow-capped mountains and vast gorges give way to sandy beaches and azure waters. Being located in southern Greece, the islands are still just a short ferry ride or flight away. 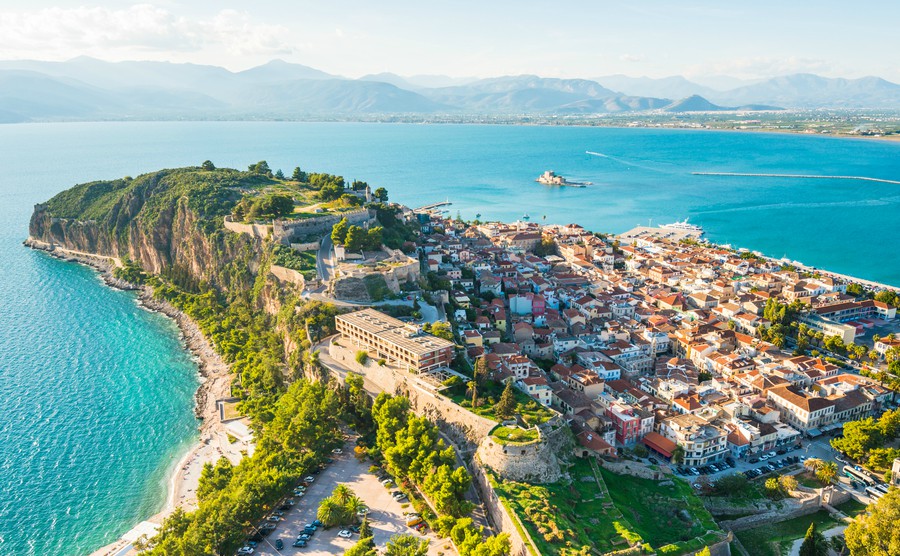 But what of the towns and villages that are scattered throughout this fascinating peninsula? Navplio is an attractive Venetian town positioned on a rocky peninsula, with quiet narrow streets. Pylos is a splendid natural harbour, with an attractive beach and lively main square. Other popular viewing trip destinations include Astros, Sofiko, Nea Epidarios, Nea Kios and Nafplio.

Magnisia is a regional unit in the southern section of Thessaly. Wrapped around the Pagasitikos Gulf, overseas property buyers are attracted to the pretty coastal towns that line its shores, like Soyrpi, Milina and Tsagkarada. 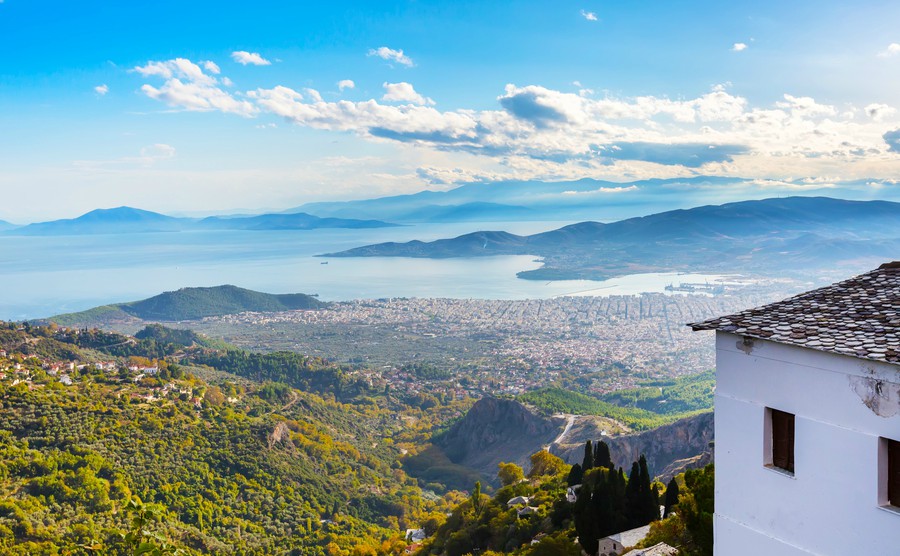 View of Volos and the gulf beyond

The capital Volos – Greece’s sixth largest city – is a vibrant university hub located at the foot of Mt. Pelion, where old-fashioned architecture sits side by side with more contemporary offerings. This large student population has inspired a youthful energy through a thriving café and bar scene. Its location on the northern shores of the gulf means it offers convenient access to the Pelion Peninsula and the Sporades. The attractive waterfront is often teeming with people who come to enjoy tsipouradika, pastry shops, bars, historic buildings and of course the beach.

Greece’s second-largest city is poised on the water’s edge of the Thermaic Gulf, in the northwest corner of the Aegean Sea. The buildings that were constructed following a huge fire in the early part of the 20th-century are all the same height – around 10 storeys – giving the city an element of symmetry. A Parisian feel was also instilled with the introduction of tree-lined boulevards, sprawling squares and pedestrianised walkways. The new waterfront and the old port are both great spots to take in the stunning sea views, spectacular sunsets and enjoy the café culture – the frappe was invented here.

The average price of an apartment per square metre in the centre of the city (€1,480) is well below the national residential property average (€2,846). 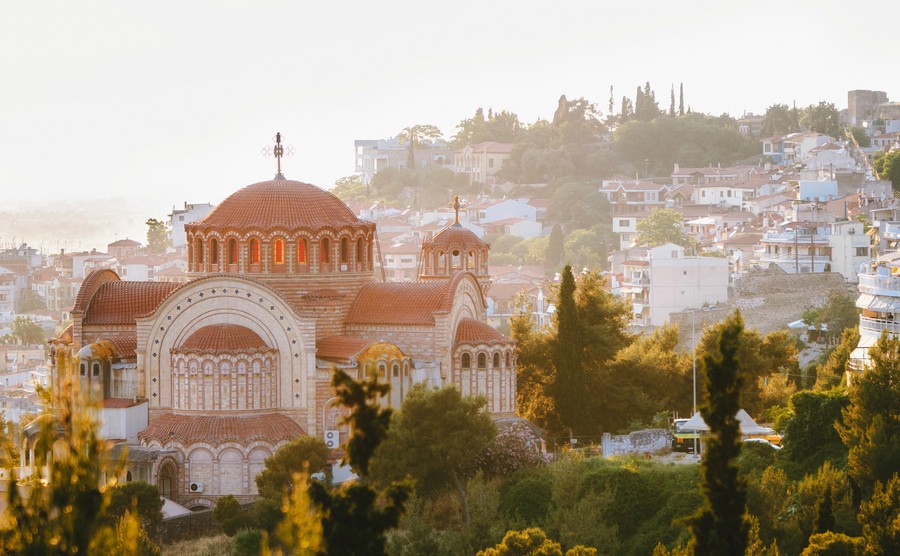 If you find the home of your dreams in Greece but it’s beyond your budget, effective negotiation could make the vital difference. Download the How to Negotiate Abroad Guide.

You are looking for a property in Greece? : Search on Green-Acres