Living the Mediterranean dream isn’t confined to Europe. France, Spain, Italy and Greece are all desirable destinations, but Tunisia offers the same relaxed lifestyle and crystal clear seas with a North African twist. This small wedge of a country on the continent’s northern coast might not be able to match Morocco and Algeria’s shoreline in terms of length. But when it comes to coastal towns and cities to purchase a coastal retreat in, it really delivers. Nowhere is this more evident than in the north-east of the country.

Let’s discover this sun-drench section of the Tunisian coastline by taking a journey from the capital Tunis, around the Cap Bon peninsula, down to the Gulf of Hammamet, exploring some of the most popular locations along the way.

Unlike other capital cities in this part of the world, Tunis has a reputation for having a laid-back atmosphere. Architecturally intriguing it is full of contrasts, from the 19th century French colonial new city, with its wrought-iron balconies, cafes and palm-lined boulevards, to the UNESCO World Heritage listed medina, standing testament to the city’s remarkable past. Take a stroll around its labyrinth of streets past palaces, mosques, mausoleums, madrasa and ornate fountains and it’s easy to see why it achieved such exalted status.

The cosmopolitan urban feel in the heart of the city is complimented by the warm waters and refreshing breeze of the Med, which is never far from your doorstep. This becomes even more apparent when exploring the seemingly endless stretch of beachfront suburbs arching around the Gulf of Tunis. Around here you’ll find a mix of ancient ruins, plush properties, waterfront bars and restaurants and quaint fishing ports.

Once a Phoenician settlement, before the Romans turned up and made it their own, today Nabeul is the country’s ceramics centre. It is also home to a rather appealing white-sand beach, which is overlooked by a collection of energetic waterfront cafes. The town’s popularity with tourists and overseas property buyers ensures there is plenty to do in Nabeul, from the bustling Friday market to the arts and music festivals held during July and August.

This might be Tunisia’s largest resort, but some rather quirky planning restrictions, which prevent hotels from being built taller than a tree, have kept the skyline at a respectable level, unlike some of its European contemporaries. What it does have in common with many Spanish destinations in particular, is its transformation from once tranquil fishing village to thriving tourist resort. The resulting injection of western culture sits harmoniously alongside traditional Tunisian life – mosques, call to prayer, café culture – much of which can be found in the charming walled medina. But it’s Hammamet’s beach, a stunning arch of golden sand backed by lush gardens, which really grabs your attention. 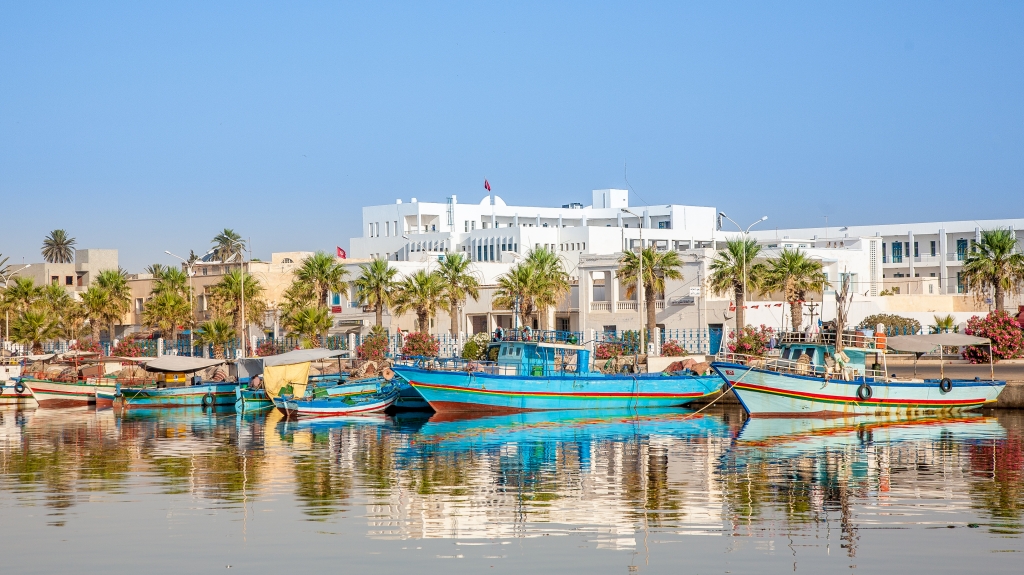 Tunisia’s third biggest city is a popular spot with both Tunisian and European holidaymakers. Foreign visitors are drawn to the Ville Nouvelle district, where they can tuck into home from home cuisine and spend their dinar on leather-bags and stuffed-camels in the mini-malls and souvenir shops. The city’s vibrant medina offers more authentic surroundings, with its kasbah, ramparts, impressive mosques and ribat, earning it UNESCO World Heritage Site status way back in 1988. Located a stone’s throw from the city centre, Boujaffer Beach is a lively stretch of sand where locals picnic and tourists sunbathe. Here you’ll find high-rise hotels, cafes, restaurants and a popular seafront promenade. 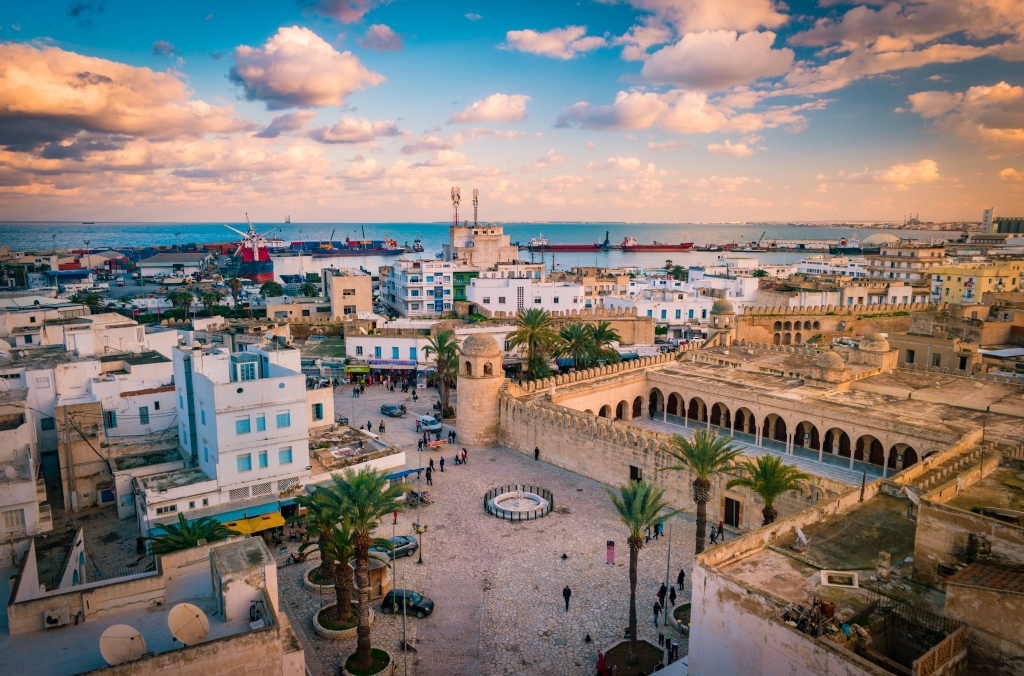 Our last stop south along the north-east Tunisian coast takes us to Mahdia. Protruding out into the Mediterranean on a narrow peninsula, this laid-back fishing port has managed to resist the excesses of mass tourism. A lack of modern tourist influenced architecture gives the town a refreshingly authentic charm. Several seafront paths follow the beautiful beach and coast beyond, offering stunning views of the sparkling Mediterranean and the brightly coloured fishing boats bobbing on top of its clear waters. History buffs will enjoy strolling through the medina’s narrow streets, while foodies will salivate at the thought of tucking into freshly caught sardines, anchovies and mackerel.