Discover the charm of Normandy and exactly why it is the perfect place to purchase your overseas property.

William the Conqueror has seared the Normandy into the British consciousness. It is home to the Bayeux Tapestry, which tells of a pivotal moment in British history. But what is Normandy like today? And why will you, as a potential international buyer, love it?

Normandy is made up of 5 departments: Calvados, Manche, Orne, Seine-Maritime and Eure, and mainland France. It also comprises of the Channel Islands which are a British Crown Dependency. Indeed, in the Channel Islands, King Charles is referred to as the Duke of Normandy – it’s a sort of historical nickname. Since the Norman conquest in 1066, Norman culture, law, and language intermingled with that of our own. In more recent history, World War Two connected us more deeply.

This means two things. First, Normandy has a familiarity to it that is unlike anywhere else in France. It has a flavour of Britishness. It can be your home away from home. Secondly, if you are a history enthusiast, then there’s lots of exploring to do in Normandy.

Being located on the coast of western France, Normandy couldn’t be easier to get to from the UK. You can get there via air, sea, or road. You can get a flight to Aéroport Caen-Carpiquet, which is 9km west of Caen. Alternatively, you can fly to Paris, and spend some time there, before making your way to Normandy, which is under two hours away. However, the most popular way to get to Normandy is via ferry, there are multiple routes, including Portsmouth, Newhaven or Poole to either Caen, Cherbourg, Dieppe, St. Malo or Le Havre. The great thing about the ferry is that it makes it so much easier to transport items (and your car!) to Normandy.

Normandy isn’t just historically interesting, in 2022, it won the Most Desirable Region in Europe by Wanderlust. It was condemned for its 640km of stunning coastline, featuring beaches and chalk cliffs. It is celebrated for its characterful towns and villages. With its capital, Rouen, along the River Seine, is a scenic place of cobbled streets, pretty timbre houses, and an imposing Gothic cathedral. Additionally, the island of Mont Saint Michel is a UNESCO World Heritage site. Normandy offers ample opportunity for outdoors activity: cycling, sailing, horse-riding, and water sports. 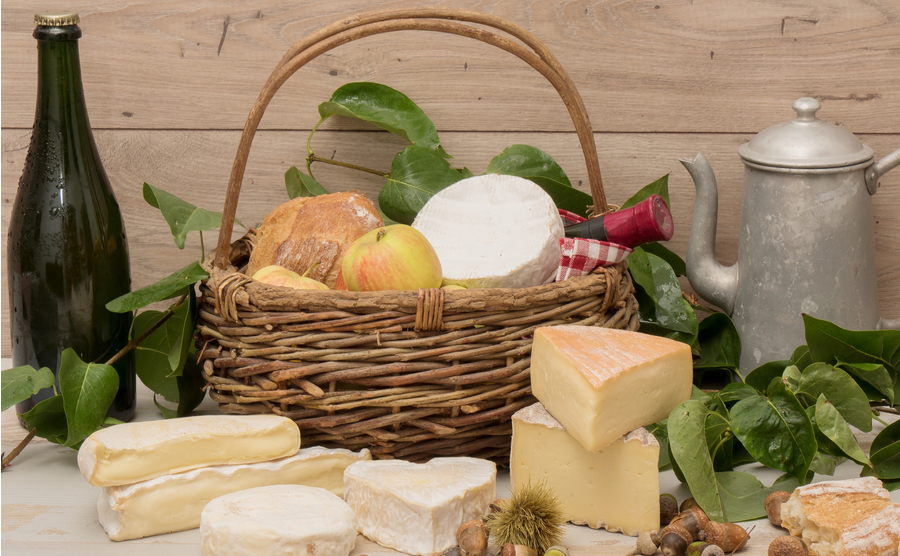 Normandy is celebrated for its delicious food. It is reputed for its cheese, including Camembert. With coastal locations, we expect great seafood, but Normandy is actually the leading French region for scallop fishing. They are also known for their oysters, mussels, and lobsters. Of course, you can wash all this down with cider, made from the freshest of apples.

Along the coast, properties can be costly. The department of Calvados is the most expensive, with the glitzy Deauville. However, the further inland you go, the more options for those of us on lower budgets. You can find a village house for around €100,000, even less if you’re willing to renovate. For a family home with land, the starting price is around €200,000.

Download our free guide for advice on moving to France.