Andalusia is home to some of the most beautiful and authentic towns and cities in Spain. It is also one of the more affordable corners of the country. Here we suggest five beautiful places to buy property in Andalusia…

If you would like further advice on the selling process in Spain, download your free Spain Guide.

Nestled at the foot of the impressive Sierra Nevada, Granada is a magical Moorish city just waiting to be explored. With the stunning Alhambra Palace at its centre, the city is an enchanting maze of aromatic markets, traditional tapas bars and vibrant flamenco clubs. 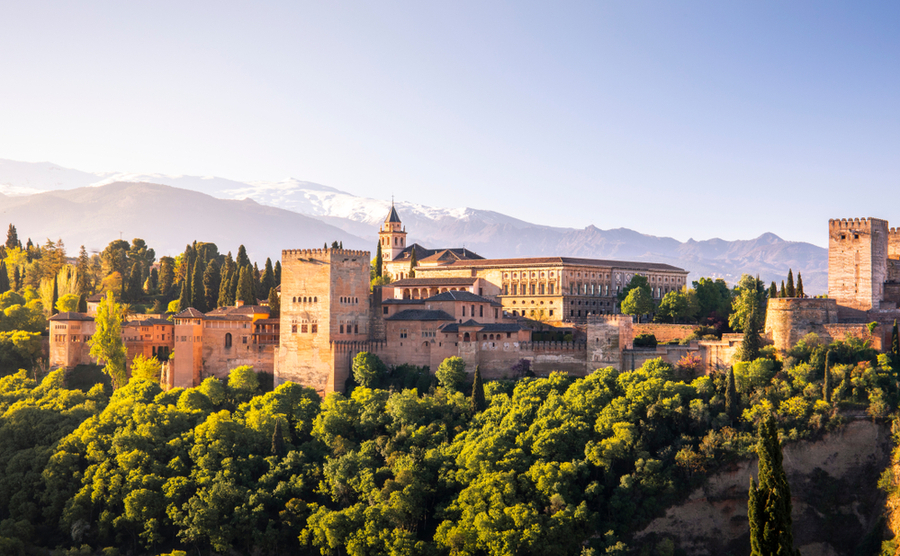 Cadiz holds a special place in the hearts of many. It is the oldest city in Europe and is rich in history, culture and charm.

It is very authentic with quaint streets and a medieval district. There are also beautiful beaches, a lovely port and the vast Doñana National Park – a UNESCO World Heritage Site – is within easy reach. Being a port city, you’ll find some of the best seafood in Andalusia here.

The cost of living is around 16% cheaper in Cadiz than Madrid and around 3% than in Granada.

The beautiful, whitewashed town of Mojacar has long been a favourite with both the Spanish and international buyers. The town is split into two parts: Mojacar Pueblo (the Old Town) and Mojacar Playa (the beach).

Mojacar is ideal for active expats. The town enjoys 17km of soft sandy beaches, an 18-hole golf course, tennis club and an abundance of watersports.

Prices in the town are around 20% cheaper than in Madrid.

Why not split the cost and double the fun of owning a holiday in Spain by buying with family or friends? Read our guide to Buying Abroad with Family

Situated among the Andalucian hills, Ronda is the largest and one of the most impressive whitewashed town in the region. The entire town is perched at the top of the vast El Tajo gorge and offers incredible views. What’s more, it is only an hour from numerous beautiful beaches.

Ronda has had an interesting past having been inhabited by the Phoenicians, Romans and Arabs. Much of this rich history is still evident in the historic quarter. There are also a series of spectacular bridges that connect the historic quarter with the rest of the town.

Average property prices are around €1,300 per square metre. 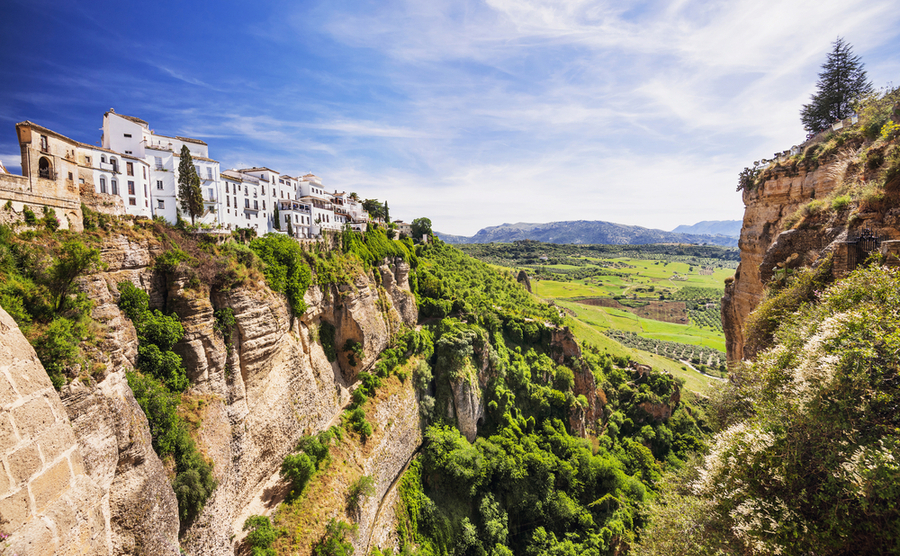 Known as “the jewel of the Costa del Sol”, Nerja is a pretty coastal town around 50km from Malaga. Backed by imposing mountains and lined with 10 miles of sandy beaches, the town is a popular choice with overseas buyers.

One thing that makes Nerja really special is the five-kilometre network of caves and caverns. As well as being geographically impressive, these caves also transform into an epic concert venue in the summer.

Average property prices are around €3,100 per square metre.