Why should you buy a property in Tel Aviv?

Tel Aviv’s location in the Middle East means it probably won’t be at the forefront of your mind when thinking of cities lapped by the crystal clear waters of the Mediterranean Sea. Far from living in the shadow of its European coastal contemporaries, however, this modern, vibrant and cosmopolitan city is more than a match for any of them. And more and more buyers decide to purchase a property in Tel Aviv.

New York is known as “The City That Never Sleeps” due to its infectious 24/7 energy, and it’s easy to see why comparisons have been drawn with Israel’s second city. Tel Aviv’s ability to party until dawn – and beyond –  combined with its impressive array of high-rise towers, has even led to it being nicknamed the “Mediterranean Manhattan”. In contrast to the capital Jerusalem, hedonism is the main religion around here thanks to a thriving and diverse nightlife scene in hipster areas like Florentin. This raucous reputation has firmly established Tel Aviv as one of the party capitals of the world. That’s not to say it doesn’t have a more relaxed and cultured alter ego for you to discover once you’re all danced out.

The UNESCO-designated White City, which forms Tel Aviv’s core, proves it can do history just as well as hip. We’re not talking ancient history here, which can be found in abundance elsewhere in the country.  Tel Aviv is a relatively young city by international standards, having been established as recently as 1909. Designed by European architects, and constructed between the early 1930s and 1950s, the Bauhaus buildings which form The White City are widely considered some of the finest examples of the Modern Movement in architecture. 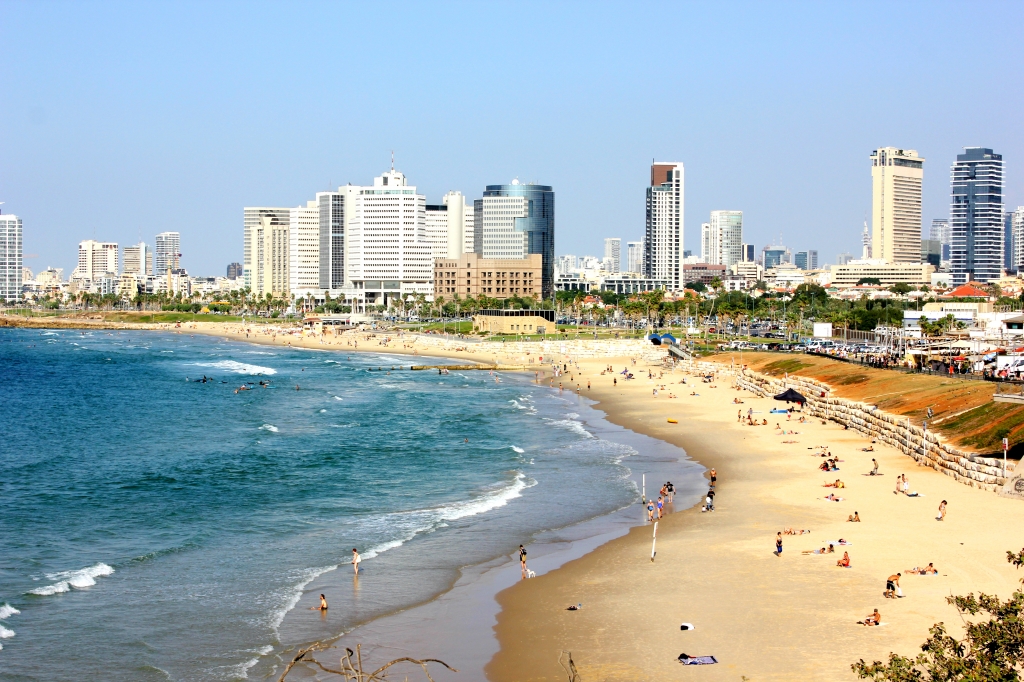 The city’s strip of 13 fine beaches provides the perfect opportunity to spend your days chilling out with the cool, young locals in the Mediterranean sun. From sipping cocktails and taking in the sunset on Banana Beach to embracing the city’s liberal soul on Hilton Beach, where its well-established gay community come to cool off. Away from the refreshing sea breeze, further respite from Tel Aviv’s pumping bars and clubs can be found in the peaceful Neve Tzedek quarter. Here you will find avant-garde design stores, fashion boutiques, craft shops, stylish bistros and a farmers market.

How much does a property in Israel cost?

Overseas property buyers tend to be drawn to Tel Aviv’s seafront and they often have the budget to do so. High-rise luxury apartments in beachfront areas like Bat Yam, Hayarkon Street and Netanya that locals might consider expensive are often within their price range. When comparing the average national salary (£24,800) to the average price of a three-bed apartment in Tel Aviv (£652,000) – more than London and Amsterdam – it’s easy to see why.

Once you’ve made the move to this world-class city you will have Europe, the Middle East and North Africa on your doorstep. Whether you want to hop over the Med to Cyprus for some r&r, or you have business to conduct in Dubai, convenient travel times will add yet another tick in the box for Tel Aviv.

If you are ready to buy in Israel you’ll have a few financial matters to sort out : Download the Traders Guide to Currency

If you find the home of your dreams in Tel Aviv but it’s beyond your budget, effective negotiation could make the vital difference. Download the How to Negotiate Abroad Guide.