Did you know that you could enjoy a tropical island lifestyle without so much as leaving France? La Réunion, a paradise in the Indian Ocean, is an integral part of France and the European Union, and offers all the joys of life on a sunkissed island with all the conveniences of the French legal and property buying system. Plus, of course, for anyone with a holiday home, you can enjoy the southern hemisphere’s summer while the northern hemisphere is shivering in a grey winter! What are you waiting for?

Life on island of La Réunion

The island of La Réunion is a tropical gem in the Indian Ocean, consisting largely of forested landscapes rising to dramatic mountains and volcanoes in the centre. Its coast is fringed with white-sand beaches, with coral reefs on the west. Many of these encircle beautiful lagoons, which are fantastic locations for snorkelling in the clear waters.

As a French department, it has the same level of infrastructure as northern Europe, with great road networks, regular flights to metropolitan France and beyond from Roland Garros International Airport and a relatively regular public transport service. Citalis buses take you around the main city of Saint-Denis, while the Cars jaunes take you around the intercity routes.

As for healthcare, as in the rest of France, it’s of a very high standard. If you’re registered in the French system, or you’re a European Union citizen, then you will have access. Obviously, the climate is a little different, so it’s important to take some further precautions. There aren’t any extra vaccinations recommended at the moment for La Reunion, but, for example, after a cyclone, you should wait a little before drinking the tap water, as it can contain debris. 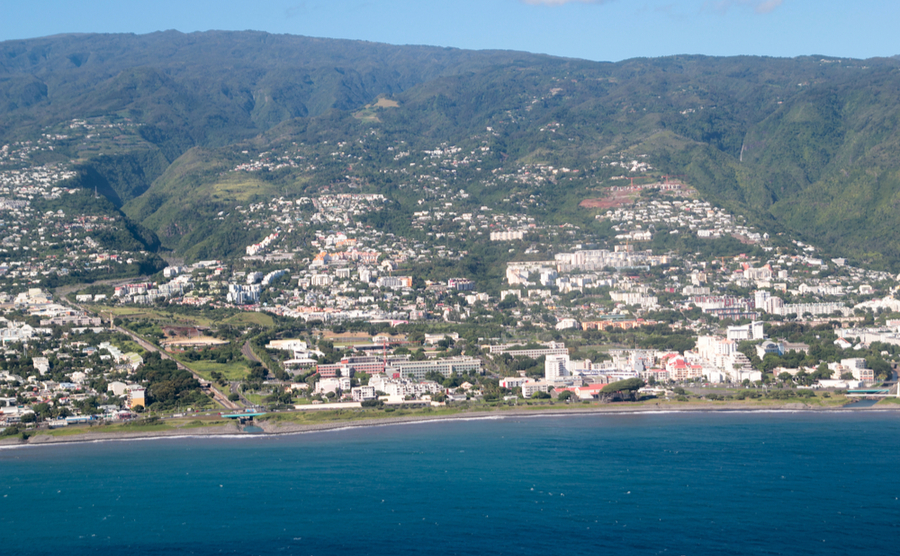 The capital of La Réunion, Saint-Denis.

The capital city is Saint-Denis, is a compact and charming city with a lot of history. It was founded back in the 17th century, and boasts some excellent examples of French colonial architecture. There’s plenty to fill your days with: you can play golf at the Club du Colorado, or catch at show at one of the three main theatres, or even try your luck at the local casino. The multicultural make-up of the population means the year is filled with festivals, including the Guan Di festival of the Chinese god of war in August.

For shopping, the rue du Maréchal Leclerc is the shopping mecca of the city, and also has two fantastic markets. The Grand Marché is an absolute must, a big covered market selling all kinds of fresh food and artisanal goods.

Saint-Gilles-les-Bains, one of the most popular spots for snorkelling and diving.

Homes to the islands best white-sand beaches, Saint-Gilles is one of the most popular and upmarket resorts in La Réunion. Whether it’s snorkelling, diving or even whale-watching, there’s plenty to keep you entertained. Boucan Canon and Rouches Noires are both excellent spots for surfing. A number of top fusion and French restaurants serve up wonderful food. Since 2016, the urban centre of Saint-Gilles has been undergoing an extensive renovation, aimed at the creation of more green spaces, improving accessibility and adding new schemes such as cycle routes. 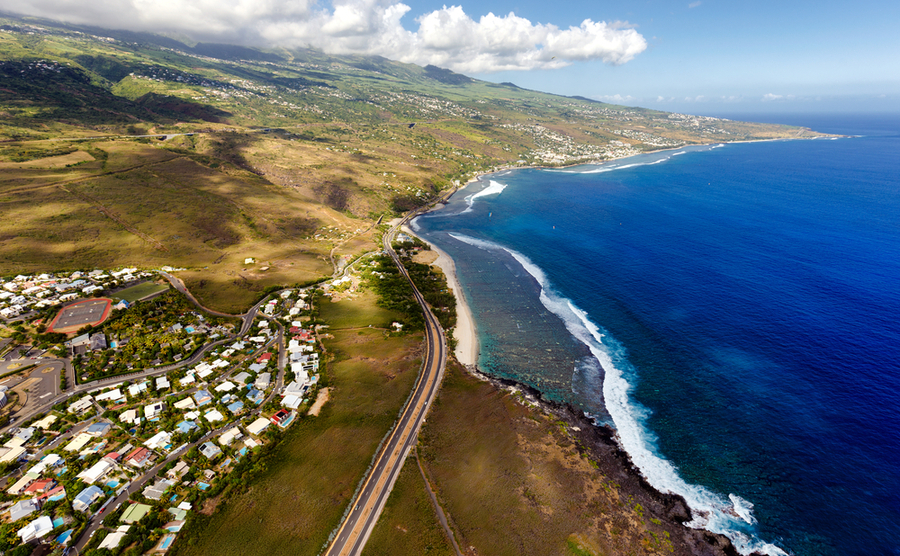 Saint-Pierre is authentic Réunion, with well preserved historic buildings including the Hôtel de ville, Médiathèque Raphaël Barquisseau, the covered market and the villa Motais-de-Narbonne. The Terre Sainte, across the river from the town centre, is the old fishing village, and has lots of picturesque properties in the colourful traditional style. If you’re a hiking fan, the hills and volcanoes are a must, as well as the otherworldly trail of the Plaine des Sables.

If you would like further advice on the selling process in France, download your free France Guide.

Don’t miss your free tickets to the next Your Overseas Home shows in Harrogate and Epsom to meet property, financial, currency, legal and removals experts from France.