Living the expat life and buying a house in Cyprus

Do you dream of living amongst castles, churches, monasteries and mosaics, just a short distance from sandy shores, lapped by turquoise waters, all of which is drenched in 326 days’ of sunshine each year? Surely it’s too good to be true…or is it? This perfectly describes the landscape in Cyprus: birthplace of Aphrodite the goddess of love and home to a large population of expats and holiday home owners who have already discovered its many wonders. Let’s take a look at five areas that have enticed these epicurians to buy a house in Cyprus. 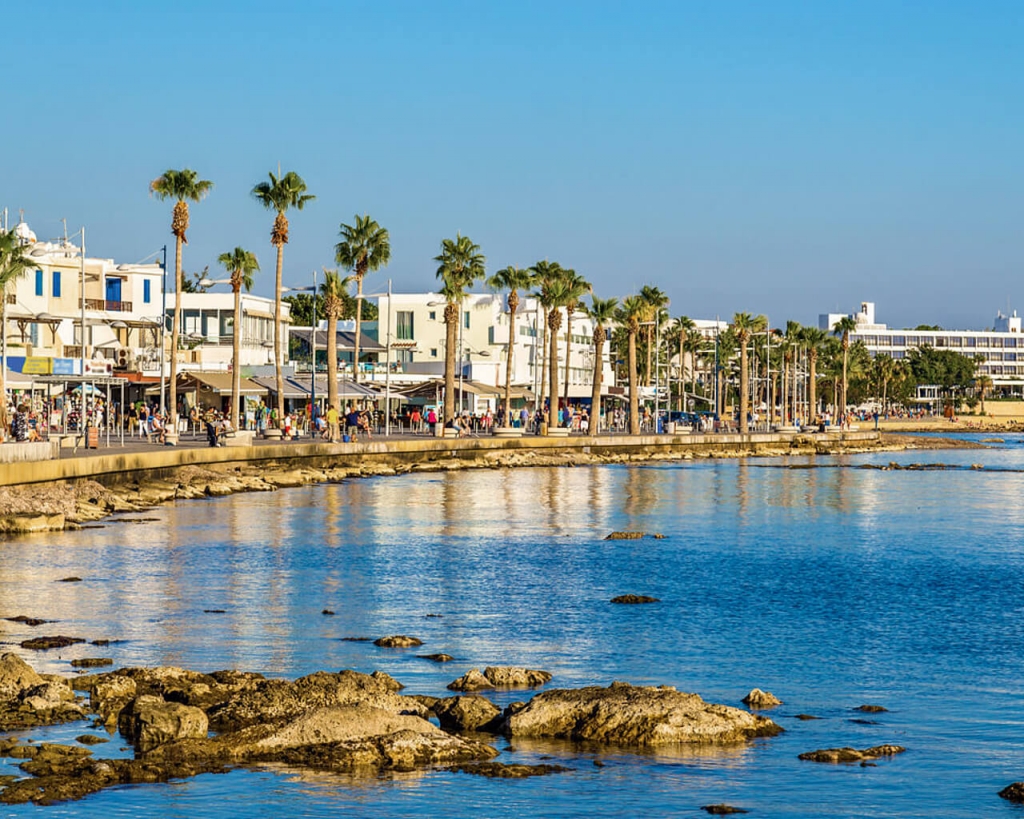 Take a viewing trip to Paphos and you will immediately see why the island’s fifth largest city is the perennial favourite for overseas property buyers, as you sip a glass of wine overlooking one of the most spectacular harbours in the Mediterranean.

Anyone buy a house in Cyprus, especially in Paphos, will be joining a well-established expat community. This lucky bunch has fabulous beaches right on their doorstep and a range of social activities to choose from throughout the year. From amateur dramatics to the local rugby club, you’ll find plenty to keep you busy, as you mingle with likeminded people under the Cypriot sun. You won’t have any problem getting there to experience all this for yourself, with year-round budget flights jetting in and out of the towns very own international airport.

Several millennia after the birth of this historical city, it’s getting the recognition it deserves, having been awarded joint European Capital of Culture status for 2017. This prestigious tag provides Paphos with the chance to celebrate its classical heritage during a year-long “open-air factory of culture”. And with more than €25 million worth of investment pouring into the town as a result, to improve everything from archaeological sites to roads, property prices and rental appeal are on the up to buy a house in Cyprus. 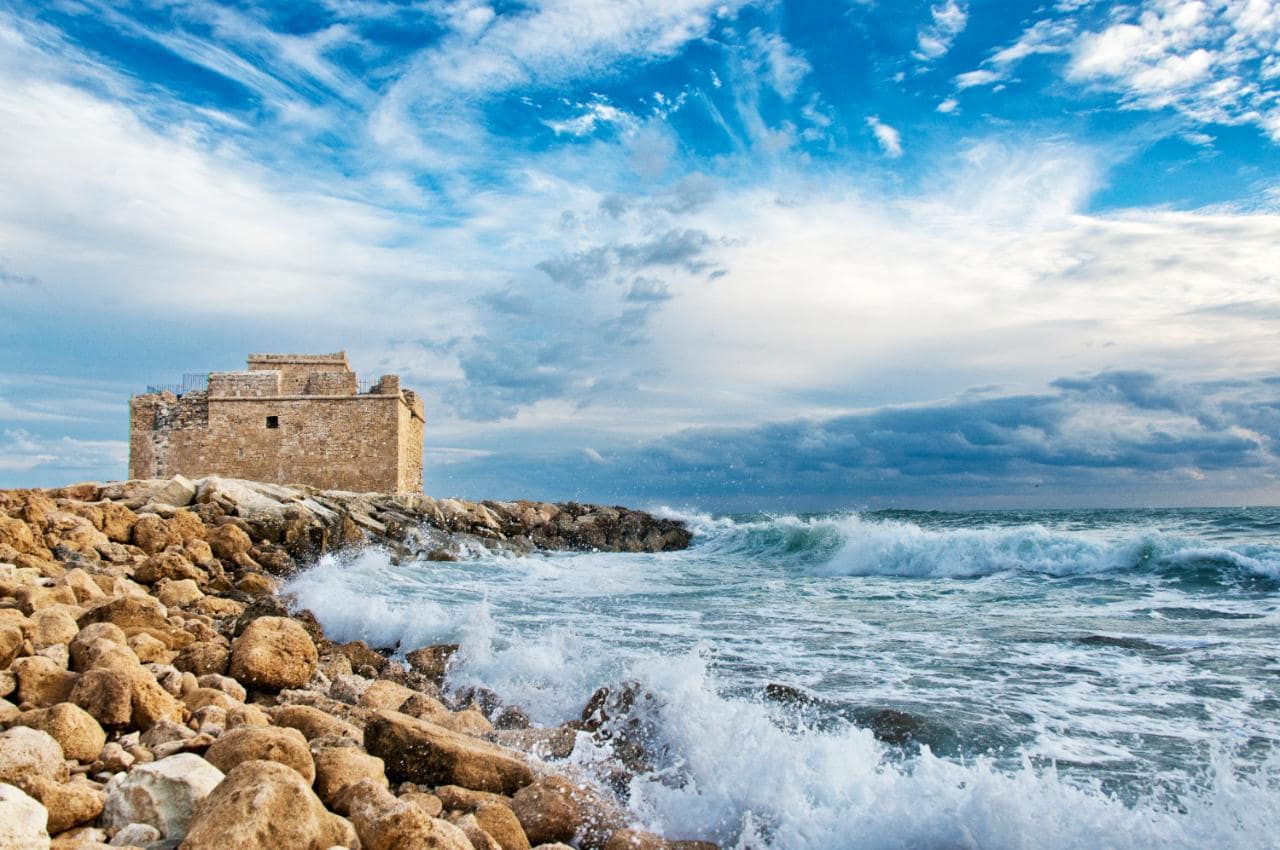 Any mention of Paphos in this context should include the wider Paphos District when looking for a house in Cyprus. Overseas buyers flock to towns located further along the coast, such as Peyia, to avoid the hustle and bustle of city life, while still having its conveniences just a short distance away. Here you can tee off on the championship golf courses, laze on the Blue Flag beach or simply enjoy a coffee in the town’s cobbled square with its pretty fountains. Then head back to your traditional whitewashed house on the hillside to take in the spectacular views of the sparkling waters below. 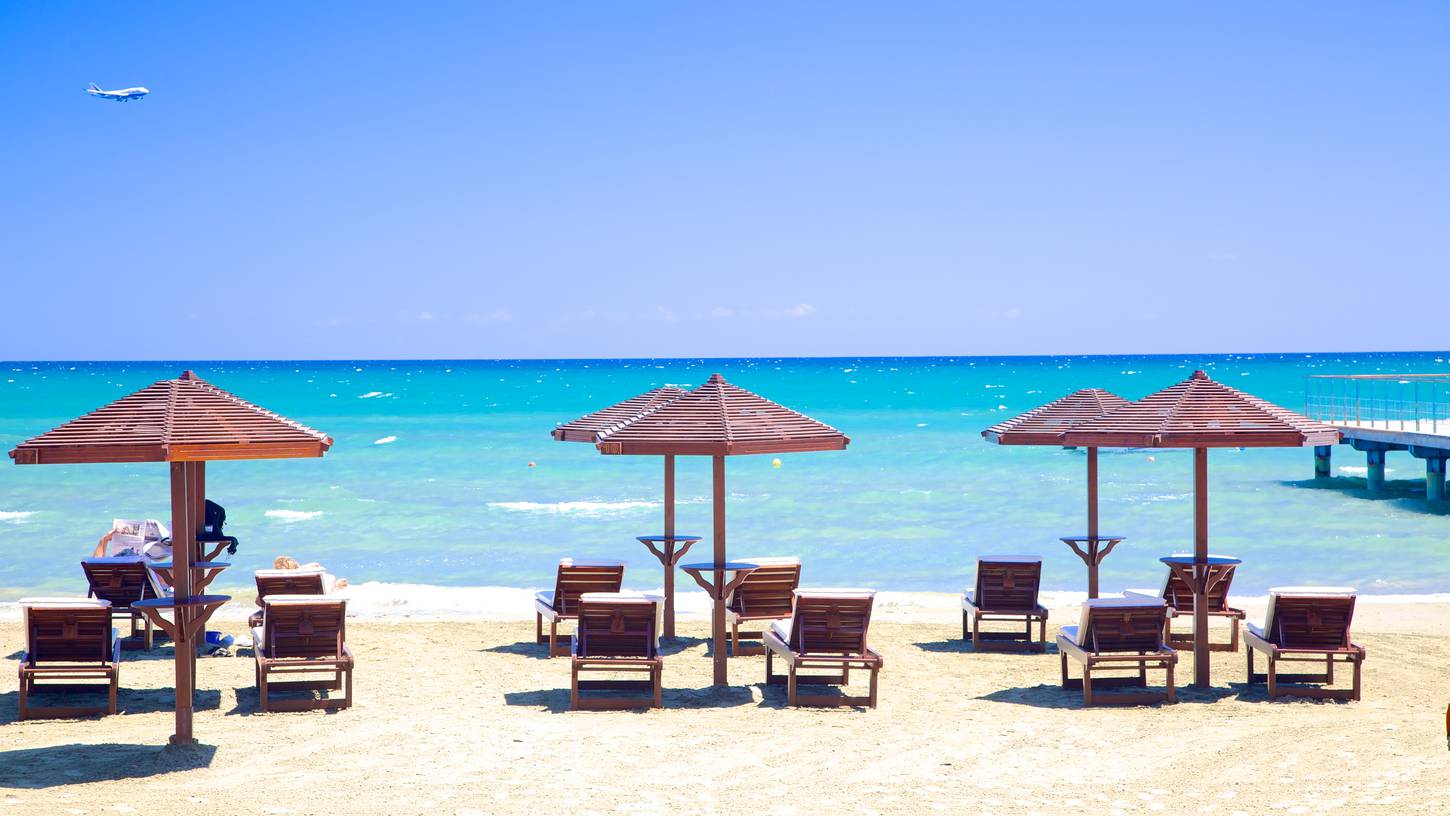 If you’re after a bargain property to buy a house in Cyprus, head to the port town of Larnaca on the south coast, where average house price are lower than in Paphos, Nicosia and Limassol. This is in part due to Larnaca being a little more traditionally Cypriot than some of its contemporaries. Great news if you want to steer clear of the typical expat communities but still benefit from a local international airport. Property owners in Larnaca may wonder why more overseas buyers don’t head here, as they stroll along the palm-line promenade of its city centre beach, or take in the ancient monuments. 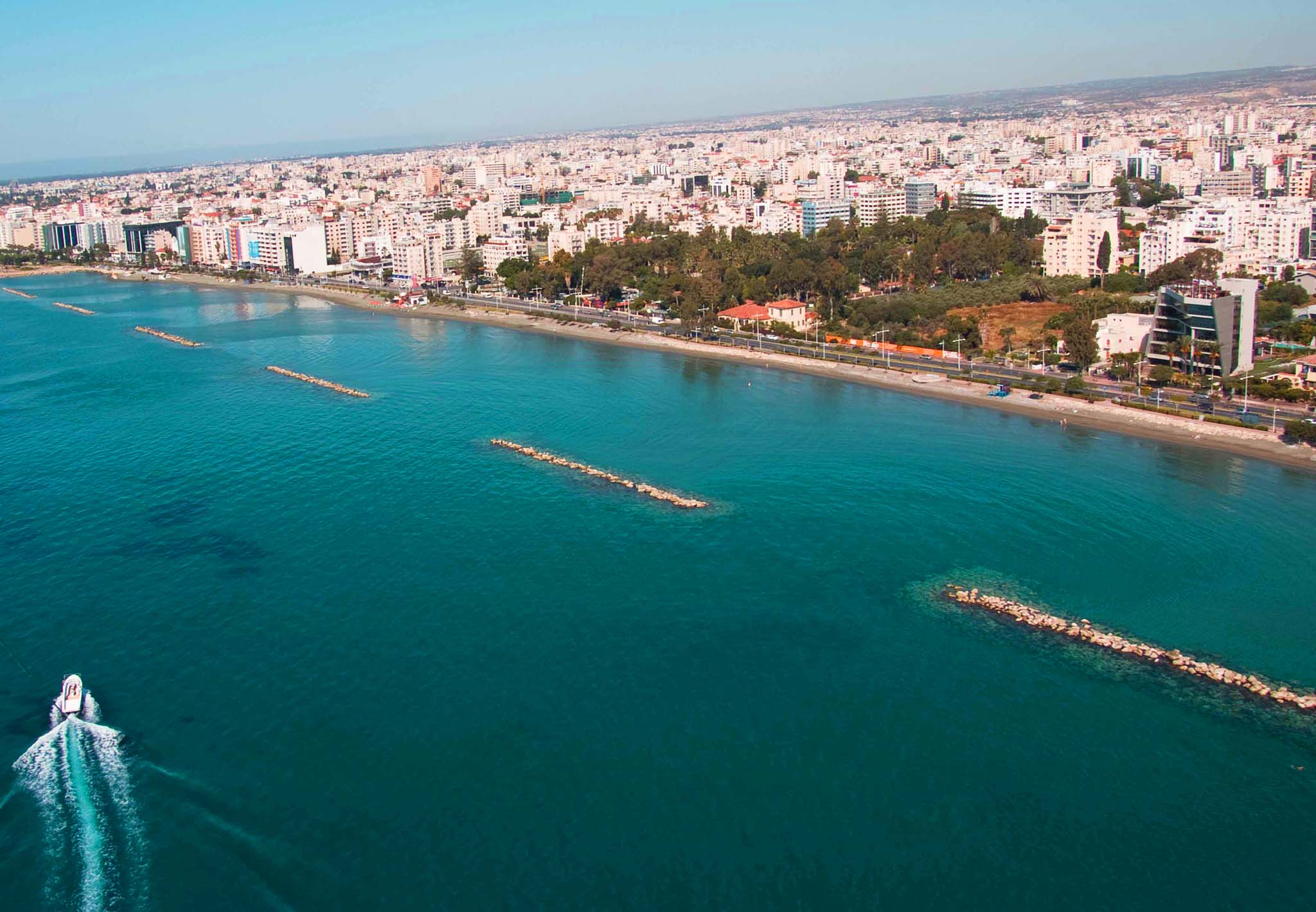 Located between Larnaca and Paphos on the southern coast of Cyprus, Limassol offers residents two contrasting sides. The traditional historic core, made up of the winding streets of the old town and the Old Fisherman’s Harbour, serves as a reminder of the town’s past. While its energetic, modern alter ego is perfectly demonstrated by state-of-the-art developments like the marina – completed in 2014 – and Limassol Del Mar, a €350 million landmark development consisting of luxury residences due for completion in 2019. There is also the island’s status as international business centre to consider, proving it’s possible to move with the times without forgetting your past. 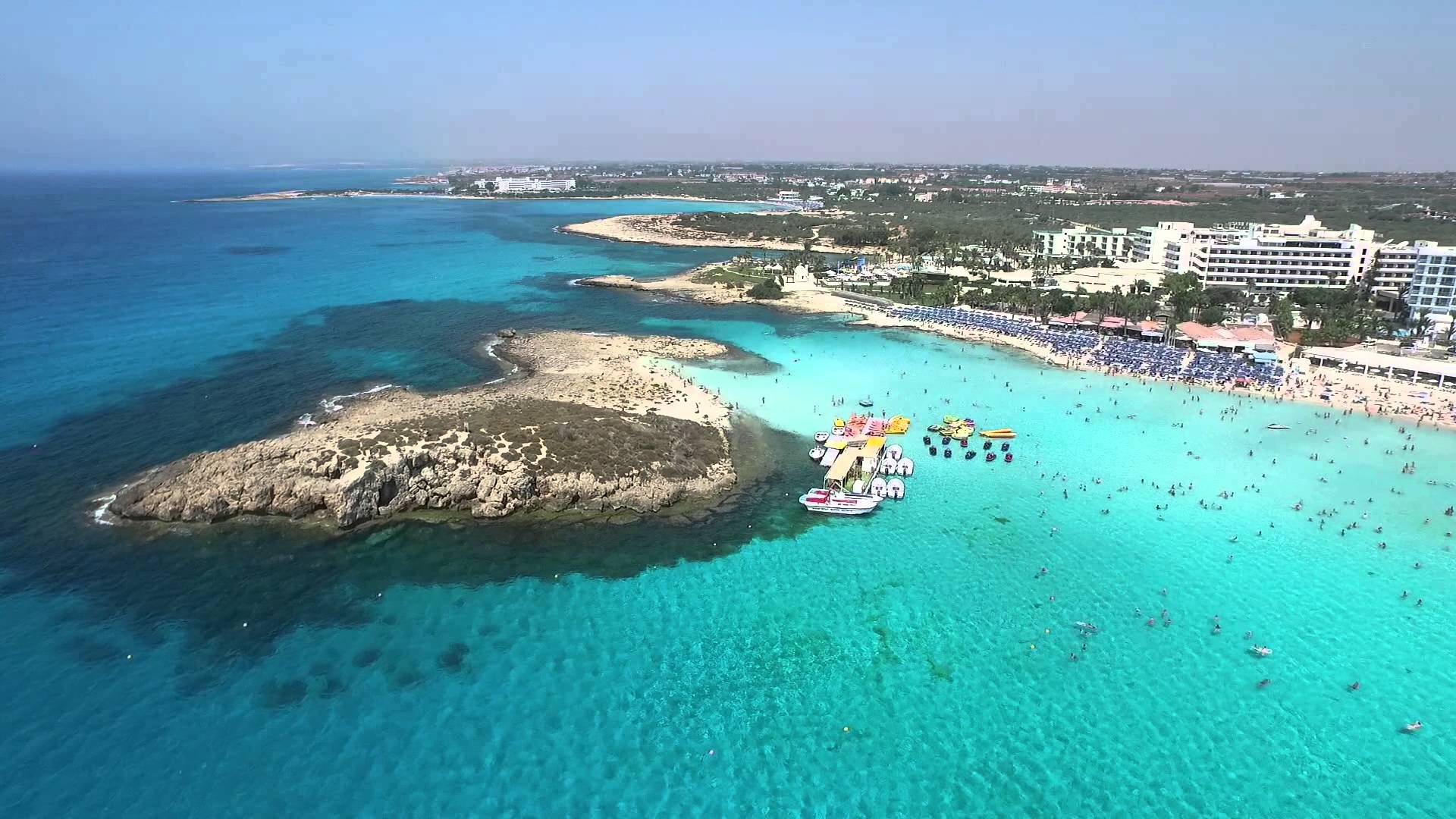 Ayia Napa started its life as a quaint fishing village. Today it is the largest tourist resort in Cyprus but has been shedding its old image as the island’s party capital. Having earned notoriety for its hedonistic nightlife a few years ago, it is following the Costa Brava and Mallorca in appealing to a more upmarket clientele. Visitors and residents alike enjoy Ayia Napa’s 500 metre Blue Flag stretch of sand called Nissi beach, and surrounding cliffs carved into gorgeous bays by the sea. Its trend for growth and development isn’t showing any sign of letting up, with a new multi-million euro marina development currently under construction. This ground-breaking project will contain 600 berths, retail outlets and private beach club, as well as a range of luxury properties.