Brace yourselves, Croatia is welcoming!

If you lived in Westeros or Essos, the fictional continents on which Game of Thrones is set, where would you choose to live? Probably not in the North right now, with winter coming and undead dragons on the loose, but there are plenty of more attractive options.

Although that’s an entertaining game for GoT nerds in the pub, property buyers can play it for real in the beautiful country of Croatia. So let’s go on a viewing trip around the map of Croatia, like the opening credits of Game of Thrones. With the theme tune going around in your head, we’ll discover where overseas property buyers should visit in the real life set of the hit TV series. We can’t promise dragons, White Walkers or giants, but it’s a lot warmer than the Land of Always Winter.

A UNESCO World Heritage Site since 1979, to help preserve its exceptional old town, Dubrovnik was already a popular destination for both property buyers and tourists prior to the Game of Thrones cast and crew descending on this ancient walled city.  Known as the “Pearl of the Adriatic”, Dubrovnik lives up to this billing thanks to its labyrinth of limestone streets, baroque buildings and sturdy medieval fortifications. It was used to depict the fortified port city of King’s Landing – a stronghold of the Lannister family.

While the capital of the Seven Kingdoms is portrayed as being over-populated, unsightly and occasionally sleazy, this couldn’t be further from the truth when it comes to Dubrovnik. Buy a property around here and you will be able to call one of Europe’s most picturesque cities home. Head outside its ancient walls and you are immediately greeted by the sparkling Adriatic Sea and the beaches its calm blue waters lap. Don’t hold your breath if you were hoping to spot Cersei Lannister doing the walk of shame through its streets, but you might catch a glimpse of Beyoncé, Roman Abramovich or Bob Geldof who have all been spotted here recently. 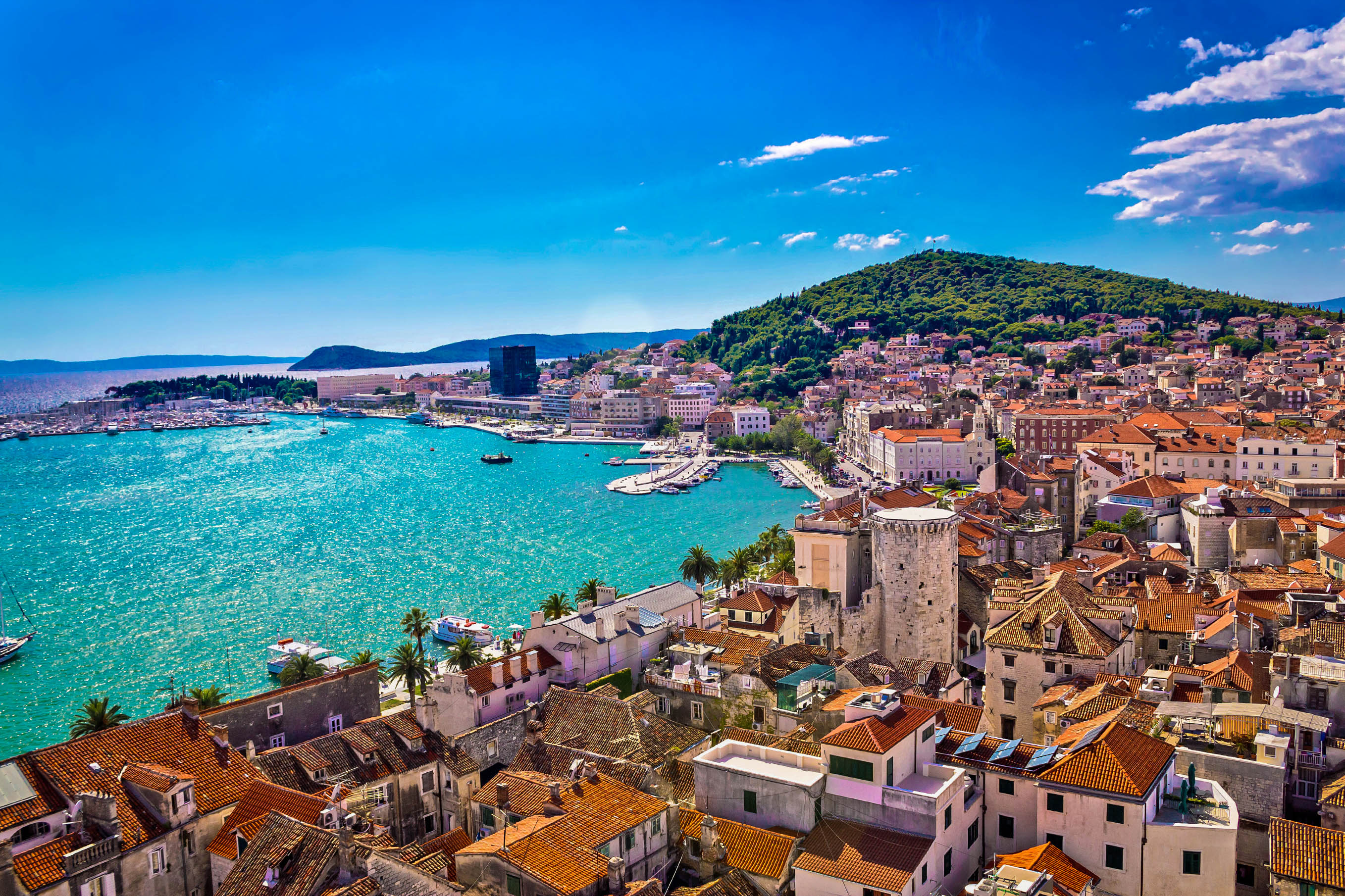 Head 20 minutes north of Croatia’s second-largest city and you won’t be able to miss Klis Fortress, used to guard the seat of many a Croatian king down the centuries. In the show it is Meereen, the slaver city overthrown by Daenerys on her journey to Westeros. If you head to Split you can be king or khaleesi of your very own castle – or villa or apartment. This is a city that finds the right balance of old-town tradition and exuberant modernity.

Known as the Riva, Split’s seafront promenade runs the length of the old town and is one of Europe’s finest, thanks in part to its views across the harbour to the islands beyond. Stop to take it all in and you won’t be left wondering why Roman Emperor Diocletian chose Split to build his lavish retirement palace in AD295. Today, despite centuries of additions, Diocletian’s palace – a UNESCO World Heritage Site and one of the world’s most impressive Roman monuments – remains the main attraction in the old town. It’s no wonder the Game of Thrones directors use it as the set for Daenerys’s throne room.

The giant bronze statue known as the Titan of Braavos that stands guard over the entrance to the city may have been digitally imposed on TV, but Šibenik provides the breath-taking setting for Braavos as Arya Stark arrives there by boat, and it is very real.

Like most Croatian cities on the Dalmatian coast, it’s Šibenik’s magnificent medieval heart and its unique mix of architecture in a maze of narrow streets that captivates visitors most. Here you will find the UNESCO protected 15th century St James’ Cathedral, which featured as the Iron Bank in the TV series. Don’t try popping in here looking for a mortgage however.

Purchase a property here and you will be less disturbed by the tourist hordes that descend on Split and Dubrovnik to the south. Unlike Šibenik, these two cities have international airports to cater for this demand. But don’t worry; you won’t have to rely on a boat across the Narrow Sea to get there like Arya. Jump in the car at Split Airport and you’ll be unlocking the door to your home in less than an hour and a half.