Like the rest of Europe, Christmas is a magical time of year in Italy and a chance to celebrate with food, family and friends. Christmas around the world may look a little different this year, but the traditions that we all love will be kept alive in one way or another.

There are many traditions that make up an Italian Christmas, but we’ve chosen five of our favourites to share with you. If you’re planning to buy a holiday home or forever home in Italy, you may consider adopting a few of these!

1. A month of celebrations

If you love starting Christmas celebrations in early December, then a Christmas in Italy would be perfect for you! They start Christmas by celebrating the Immaculate Conception on the 8th of December, which actually commemorates the conception of Mary, rather than Jesus. This date also marks when decorations are put out on streets and in households.

Nativity scenes are traditional in many countries; however, Italy approaches its nativity a little differently. The scene features all of the essential characters, but this is extended to include local figures, such as the village pizza maker and butcher. Famous faces also make an appearance, such as political leaders, football players and actors. Via San Gregorio Armeno in Naples is a famous street full of shops selling presepi. 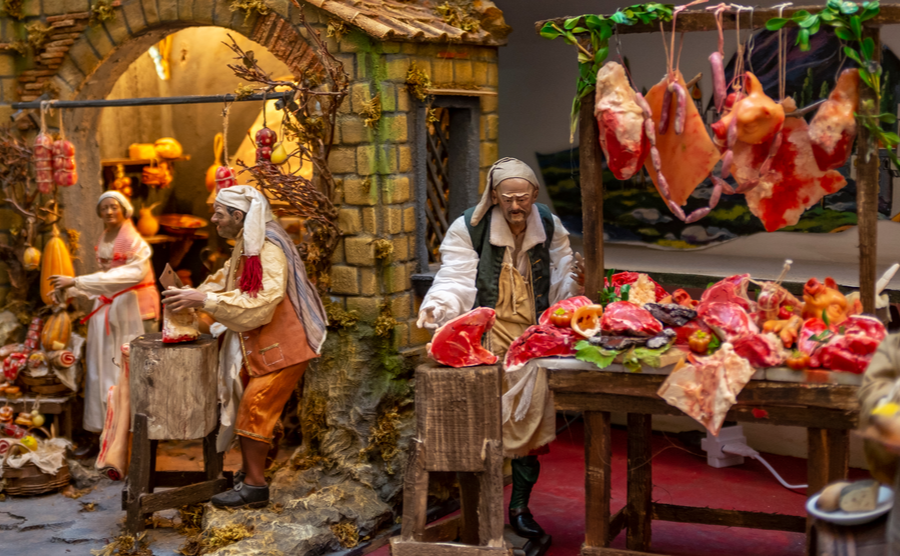 Food plays a big part in Italian culture and this really comes into its own at Christmas. Traditionally, Italians will fast on Christmas Eve and eat only after evening mass. This is still observed by some families, but generally, a seafood dinner is consumed in the evening. The Cenone, meaning big dinner, is then enjoyed on Christmas Day. This varies from region to region but is usually a meaty pasta followed by panettone.

Many children in Italy still receive their presents from Father Christmas. However, there is another gift bearer who pays a visit on the night before the Epiphany. ‘La Befana’, which translates as ‘the good witch’, is an old lady who, according to legend, was invited by the Three Kings to join their pilgrimage to find the baby Jesus. Busy with housework, she initially declined, but changed her mind afterwards and started her own journey to find the baby. She’s still searching to this day and so leaves gifts for good children all over Italy. 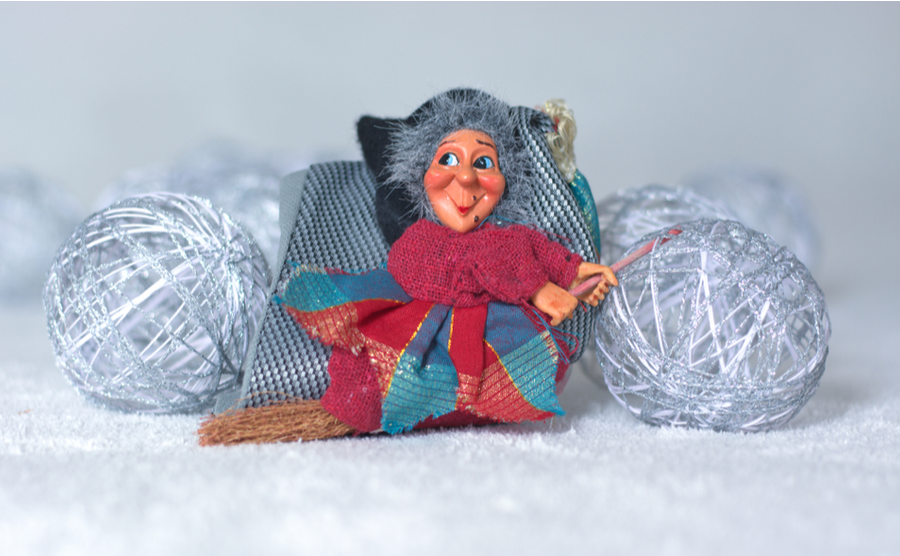 New Year’s Eve in Italy is a time to throw out the past, both metaphorically and literally. People literally throw old possessions, from furniture to clothing, out onto the street to make way for the new year. The giving and wearing of red underwear is also a common tradition, as red is a colour to ward off bad luck and sickness. A lentil dish is often consumed in the evening, symbolising money and good fortune.

If you would like further advice on the selling process in Italy,  download your free Italy Guide.

Why not split the cost and double the fun of owning a holiday in France by buying with family or friends? Read our guide to  Buying Abroad with Family