If you’re looking to retire abroad, why not choose Italy? With great food, a warm climate and plenty to do, the country of pizza, pasta, wine and Vespas ticks many boxes. But where are the best places to retire to? Here’s our top five.

Tuscany is a favourite with expats and it’s not hard to see why! A hub of culture and natural beauty, Tuscany’s landscape is pretty varied. So, you could choose to live in the mountains, on the coast, in a countryside village or a bustling city.

Whilst Florence and Pisa are beautiful but touristy, the city of Lucca offers a slower pace of life. Tuscany also has several charming towns, such as San Gimignano and Chianti. In short, the options in Tuscany are endless.

Tuscany can be pricey, but if you look hard enough, it’s possible to find reasonably priced properties, especially away from the tourist areas.

With a strong public transport network and a landscape that’s been described as beautiful as Tuscany, Abruzzo is a brilliant place to retire to.

Lying to the east of Rome, you can enjoy a beautiful stretch of the Adriatic coastline here, which is a popular destination in the summer. A third of Abruzzo is a national park, perfect for those who enjoy the great outdoors.

Medieval villages and towns lie all over the region and are far cheaper than Tuscany’s equivalents. There’s a real variety of places to live, from coastal towns such as the stunning Vasto to quiet hilltop villages such as Palmoli. 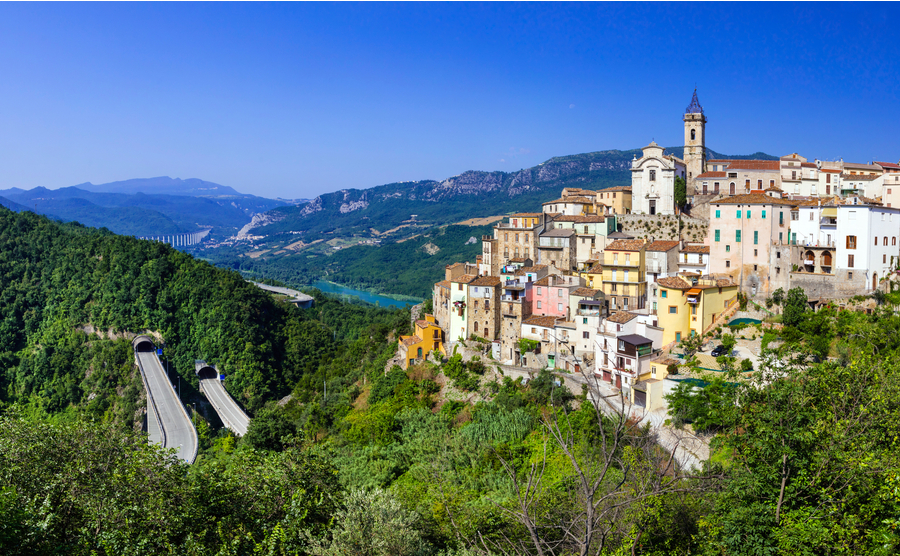 If you think your retirement budget could be stretched in Italy, Sicily may be the place for you. With affordable property prices, beautiful scenery and historic cities, Sicily has it all.

Sicily’s divided into nine main divisions, each with its own character and charm. Trapani and Palermo offer the best of city and coastline, whilst the likes of Agrigento and Enna show off Sicily’s natural beauty. The beauty of Sicily is unmistakable, whether that’s the natural parks or its baroque architecture.

The safety of Sicily often worries some due to connotations with the mafia. However, gone are the days of the mafia’s prevalence in the 70s, 80s and 90s. Incidents rarely affect foreigners and theft is more common in other areas of Italy.

If you want a luxurious retirement, look no further than Lombardy. Home to chic Milan and beautiful Lake Como, property here and the cost of living doesn’t come cheap. But, if you’ve worked hard to afford the best of the best in your retirement, then why not move here?

Lakeside properties are particularly popular in this region, but if you move further away from the lakes and into the hills, you will find properties are far less expensive. The area offers the chance to relax as well as engage in activities such as water sports, horse riding and golf.

Moving here will also mean that you are close to both France and Switzerland, making it easier to explore the rest of Europe.

Puglia is becoming increasingly popular and well known for its charming conical-shaped houses. This region’s 800-kilometre coastline borders the Adriatic and Ionian Seas and the Gulf of Taranto. So, if you’d like to spend your retirement on the beach, Puglia is ideal.

While the coast is popular, many overlook the beautiful city of Lecce. A small university city in the heel of Italy’s boot, Lecce does attract tourists, but you won’t find the crowds here that you experience in Florence or Rome. Full of history and just a stone’s throw away from the coast, you can wander around stunning cathedrals and visit the Roman amphitheatre.

The cost of living is lower in Puglia, as it’s not as popular with tourists as other areas of Italy. Many also consider Puglia to be one of the best dining spots in Italy.

If you would like further advice on the selling process in Italy,  download your free Italy Guide.

Why not split the cost and double the fun of owning a holiday in France by buying with family or friends? Read our guide to  Buying Abroad with Family